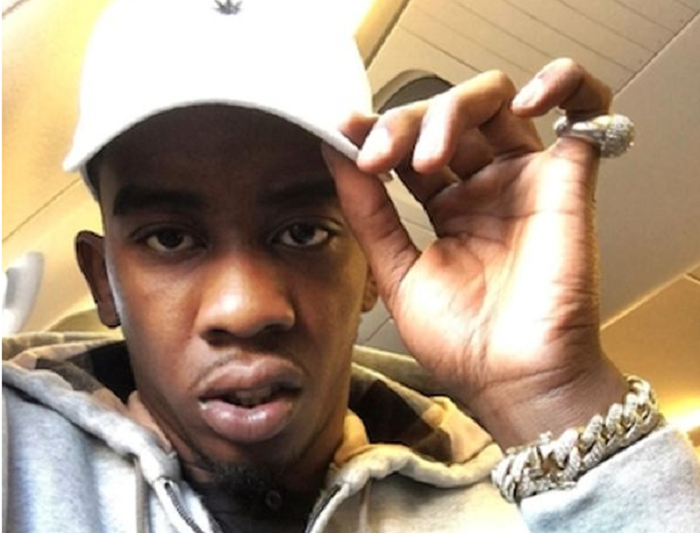 Desiigner arrested– U.S rapper, Desiigner was arrested in New York City after an alleged road rage incident and was hit with felony gun and drug charges along with four other passengers in his car. Popular American rapper, Sidney Royel Selby, widely known as Desiigner, was arrested for pointing a gun at another motorist outside the Lincoln Tunnel in Midtown on Thursday night.

According to Police report on Friday, the rapper who shot to limelight with his smash hit, “Panda”, was driving into Manhattan from New Jersey when he got into an argument with a motorist driving behind his Cadillac Escalade at W. 42nd St. and Eighth Ave. about 9:10 p.m on Thursday.

TMZ reported that Desiigner allegedly flicked a lit cigarette at the other motorist, then waved a gun at him and took off. The startled motorist took down Desiigner’s license plate number and called 911.

The rapper and five friends riding in his car were stopped across town at W. 42nd St. and Third Ave, as cops searched the car and found the gun, oxycontin pills and other drugs.

Desiigner was handcuffed on weapons charges, menacing and drug possession with intent to sell. Four other people in the car were also arrested. Charges were pending against them.

Desiigner, a native of Bedford-Stuyvesant, Brooklyn, is known for his single, “Panda,” which rose to No. 1 in the U.S. Billboard Hot 100 in April. In February, he signed with Kanye West’s label Good Music.

Toke Makinwa discloses her her desperate search for a husband