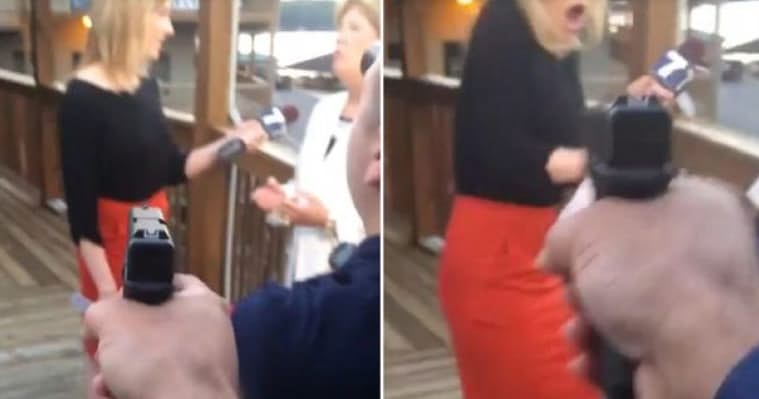 Creepiest things that ever happened on Live TV – While in 2016 the idea of “seeing is believing” has taken on new heights in an age where everyone has a camera, if it’s not recorded now, it might as well have never happened. This only represents part of the truth, however, as our relationship with live television or news footage in general has overall shifted.

Back in the 1970s, towards the final years of the Vietnam War, much of the combat and scenes of carnage were showcased in brutal color. Some people said this is one of the major reasons why the American people never supported the war. When the United States invaded Iraq for the second time, the only images we saw on mainstream news sites were images of flashing lights during the first night, and not much else. By the end of that initial campaign, news media didn’t even show the returning coffins. The only image, which was highlighted and disputed as to how much truth lay behind it, that became truly emblematic, was the toppling of Saddam Hussein’s statue.

With time delays and multi-cams, it’s rare these days that something will truly unfold on live TV that is truly horrific. Following live events now happens through activism, many of whom believe the revolution will be showcased via live streaming technology. As news gives way to branding, and branding gives way to advertisers, showing images that might offend some viewers becomes increasingly less of a priority. Even while news sites will report around the clock on tragedies like Sandy Hook, they will recycle the same ten minutes of footage – none of which says anything at all.

This list features events that were creepy or disturbing and unfolded live across people’s television events. In most cases, the broadcaster really had no idea what was unfolding or else they might have pulled the plug. What are some of the creepiest or weirdest things you’ve seen on live TV?

To this day many people believe that Lee Harvey Oswald was not a lone wolf assassin but either part of a larger conspiracy, or an unfortunate scapegoat for a much larger government hit. One of the biggest elements of the conspiracy has to do with Lee Harvey Oswald’s assassination, which appeared on live television in 1964. Handcuffed and headed to the county jail, a nightclub operator Jack Ruby, got up close and personal and fired directly into Oswald’s abdomen. Less than two hours later, Oswald was declared dead. Still reeling from the death of their president, Americans all over the country were watching this scene unfold live, and it’s estimated that millions were watching at the time. The conspiracy goes that Oswald had to be killed in front of an audience, so no one would become suspicious of any government figures who may have been involved lest Oswald talk. A public death meant no question as to what happened.