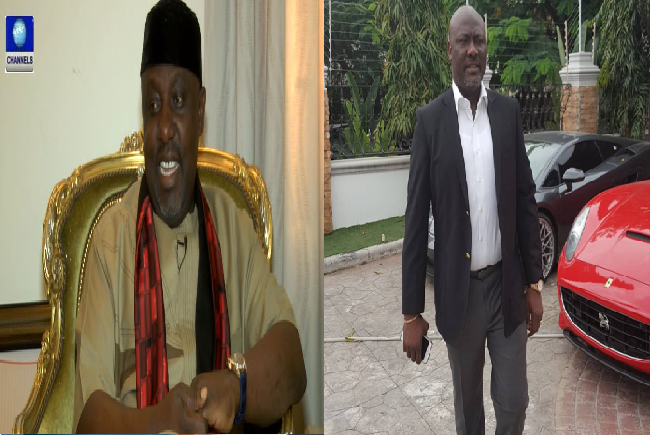 Most controversial politicians in Nigeria – Nigeria is a highly charged place politically speaking and there are many who are key players in the game. With great rivalry between the ruling All Progressives Congress (APC) and the opposition Peoples Democratic Party (PDP), below are 6 major figures who often get into the eye of the political storm.

Ex-governor of Rivers state, and minister for transport, Rotimi Amaechi has been described as a strongman in Nigerian politics. He was a frontline soldier in the APC’s campaign to unseat the then ruling Peoples Democratic Party (PDP). Political analysts say the APC owes Amaechi a great deal of gratitude for the works he did within the last presidential election which saw President Buhari come into power.

Amaechi has not stopped the work he has been doing for the APC, it would be recalled that he has continued to pull his weight with regards to politics in Rivers state.

For some, Amaechi do not deserve to be given his ministerial role, however, they claim it is his compensation. His detractors say he is a corrupt politician and incites violence, but he has constantly told them to come out with valid evidence.

Hon Amaechi is not known for too many words, however, he is ever ready with words to defend himself at every given point, an asset which many on this list possess.

Nigeria’s political field is charged and there are some who call the shots in the game. However, beyond charisma and fluency, Nigeria needs honest politicians who are willing to serve selflessly, those whose actions are not channeled for their purses alone.

It is wonderful to have very energetic and charismatic people in the political sphere, however, all that charisma will count for nothing if Nigerians do  not get qualitative representation. The masses in the end are those that matter the most, and our politicians must tailor their conducts, skills and knowledge to the service of the people.