Music stars that are signed to international record labels – Gone are the days when Nigerian artistes were confirmed to West Africa alone, now most of the good wines have international record deals, which aid the growth of their music career. In January this year, HKN boss, Davido signed a mouth-watering deal with Sony Music Global becoming the first African artiste to be signed to the label.

Similarly, the likes of Don Jazzy, D’banj, Majek Fashek and more, who have tasted very promising international record deals, can testify to the fact that once your music crosses the shores of Africa via efforts made by your record label, the sky is just but a stepping stone.

Although the CEO of the defunct MoHit made a wrong decision with that deal, which he eventually walked out of before the first year elapsed, if he didn’t have that experience to learn from, his artiste may not have landed the Roc nation deal.

Moving on, let’s meet the following Nigerian artistes that are soaring on the wings of international record deals.

Prior to that, she was signed to Sony/Colombia with her defunct girl group in the UK. 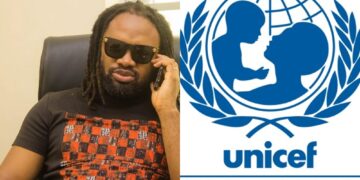