12 Celebrities who are hotter than Selena Gomez (With Pictures) 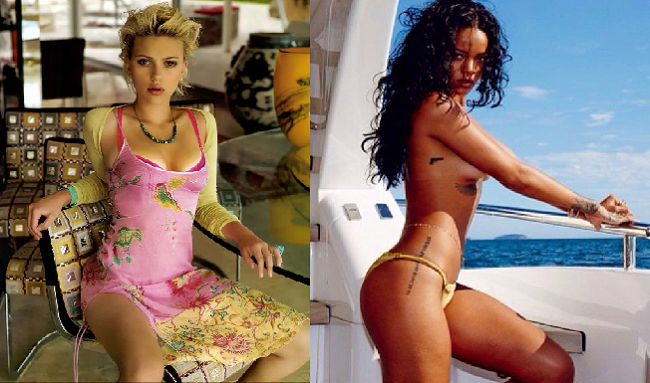 Selena Gomez – Selena Gomez has been in the public eye since she emerged as a star on the Disney television show Wizards of Waverly Place. The success of that show put Selena Gomez on the map and started her meteoric rise to success. Her relationship with teen heartthrob Justin Bieber also helped Gomez gravitate to the center of the entertainment world.

The talented Gomez has a great deal of talent to boot, shining both in the acting and singing worlds. Gomez stepped into the music world and flawlessly conquered it just as easily as she had climbed the ladder of success as an actress. Her on again-off again relationship with Bieber fueled the tabloids and every online outlet available. It caused both young stars to grow-up in the public eye and their celebrity grew with every publication.

With Selena Gomez’s success, the media has gone gaga with her appearance. Her bikini poses have become the stuff of legend on the Internet. It isn’t that Gomez is a stunning “Perfect 10”, it’s that she has a girl-next-door vibe to her.

The combination of that wholesome kind of personality mixed with some classic beauty make Gomez a sensation. Gomez has been the center of many online articles with photogs seemingly attempting to crawl through bushes and hide in trees to get the latest snapshot of the young star in her latest bikini. However, there are numerous celebrities who should also get their fair share of attention.

There are many others who should be capturing the kind of attention Gomez gets and probably even more so. These then are 12 celebrities who are hotter then Selena Gomez.

Jessica Alba may not be a young hottie anymore but there is little doubt about the hottie part. This extraordinary beauty has been talked about for years now. Her looks supersede her talent and success. But make no mistake about it, Alba has made an excellent living in the entertainment business thus far.

After some successful dabbling in smaller television roles, her break-out came in 2002 when she landed the lead in Jessica Alba television series Dark Angel. A sexy Alba was nominated for a Golden Globe for her efforts although she later admitted the stresses of the role and maintaining a perfect physique caused her to suffer from anorexia during this time.

Alba landed two key movie roles in 2005 that brought her super-stardom at the time: Fantastic Four and Into The Blue. Since then, Alba has been a household name. Alba has also established herself as a successful businesswoman in addition to her hotness. Jessica Alba is a far cry from the bathing suit wearing surfer goddess in Into The Blue as she is now CEO of her own company and a mother to boot, Alba has branched out successfully in every aspect of her life; and oh, yeah, she’s still smokin’ hot!