12 celebrities who suffered horrific tragedies in real life (With Pictures) 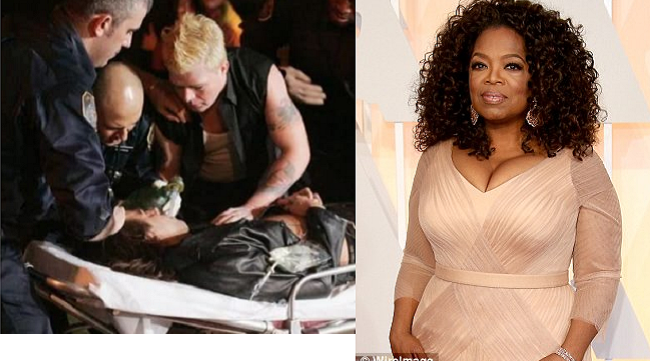 Celebrities who suffered horrific tragedies – When we hear stories about someone successfully overcoming some horrible event from their youth, we feel like they deserve their success all the more. Why do we do this? In a way it’s a bit of pity with a dash of admiration and a maybe a sprinkle of respect. For whatever reason, we often expect actors to have had easy lives filled with love and opportunity, so when we learn otherwise, it changes our feelings instantly.

This list might just do that for you and the actors who make up each entry, though that’s not the intention. We just want to tell the stories that you may not have heard before. These are the horror stories that happened to well-known actors in their personal lives, and, whether they like to admit to it or not, these events have surely left an impact on them. After all, how could they not?

Crazy and horrible things happen all around the world, but it always seems so much worse when you know the person who it happened to. Sure, we don’t really know these celebrities, but we like to pretend that we do. But maybe it’s more than just pretending. There is a certain kinship that comes with being a fan. Actors put a lot of work into their craft and the people that love and appreciate their work are connected to them. They may not know us, but we know them.

For most of these stars, these horrific events happened to them before they became an actor, changing who they were before we knew them, while others were changed during the course of their careers. We’re not bothering with rankings or anything like that because of how untasteful that would come across. Here are 12 celebrities who had horrific things happen to them in real life.

Though she was only three-years old at the time, Mariska Hargitay (Olivia Benson on Law & Order SVU) was involved in one of the most famous car accidents in history. It took place on June 29th, 1967, and it claimed the life of her incredibly famous mother, Jayne Mansfield.

Hargitay was sleeping in the back with two of her siblings, when the car they were all riding in crashed into the back of a semi truck that was hidden by an anti-mosquito spray fog. The car rode in under the truck and instantly killed the three adults in the front. The children escaped with minor injuries. Hargitay, who tends to shy away from discussing the incident, said, “Losing my mother at such an early age is the scar of my soul… But I feel like it ultimately made me into the person I am today. I understand the journey of life. I had to go through what I did to be here.”