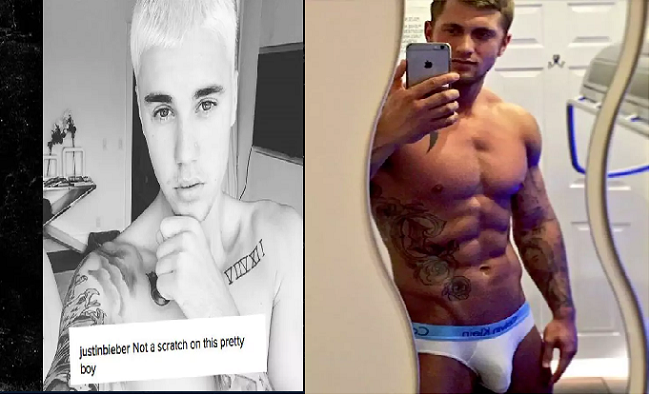 Celebs who posted and deleted an embarrassing photo – When social media was first introduced to the general public, people were amazed at how it was revolutionizing communication. Everyone seemed to jump onboard with posting photos, communicating with family members, and updating statuses to include every little aspect of daily life.

This included celebrities, and offered a mode of communication with fans that simply wasn’t possible before the Internet. Celebrities were able to share upcoming event information, interact directly with fans, and even post photos for self-promotion purposes.

However, not all of the aspects of social media have been positive. While it offers the opportunity to communicate with others, the Internet also features an anonymity aspect that has allowed people to feel unhindered in what they are able to say. Online bullying has become a real thing, and there are many people that don’t hold back in regards to critical comments.

This is especially true for celebrities, since the public can often forget that they are actually real people. The comments made about celebrities can be quite shocking, but what is even more shocking is that many don’t hesitate to leave these comments directly on celebrity social media sites.

These negative comments have caused many celebrities to delete their photo posts, whether they are pandering to the public or just embarrassed about what people have to say.

However, there are others that have had to delete their photo posts, simply because of the technological aspect of social media. Not everyone is tech savvy enough to understand that there is a distinct difference between public and private messages, and some stars have even been hacked.

There are a wide variety of different reasons why a celebrity would be forced to remove a photo off of their social media, so let’s take a look at the 15 stars who had to delete an image they already posted.

Justin Bieber has come a long way since his breakout song, “Baby.” Nowadays, he seems to be more known for his antics off the stage, rather than his musical talent. From his never-ending drama with Selena Gomez to the obnoxious and entitled behavior he exhibits at every turn, it seems like each new Bieber headline just gets worse and worse. One clear cut example occurred while attending a Cleveland Cavaliers game.

A number of videos were released, showing Bieber getting into a physical confrontation outside his hotel. It was never divulged what the altercation was about, and the angles of the videos don’t really give a good perspective on what exactly happened. Some have come forward as saying that Bieber got beat up, while others have said he stood his ground and even threw some punches of his own.

In any case, Bieber didn’t hesitate to take to Instagram and post photos directly after the altercation made headlines. Posing shirtless, the first photo was a black-and-white shot that showed Bieber holding a fist up to his chin, with the caption, “Not a scratch on this pretty boy.” After a number of highly critical comments, Bieber quickly deleted it and posted a more “masculine” photo. He was obviously embarrassed at how he was being perceived by the public, which forced him to take down the photo in hopes it would be forgotten. Yet, with the Internet, there is no such luck.

12 Hollywood actors who are highly trained in MMA… You’ll be surprised! (With Pictures)

12 “Wife and Girlfriends” that prove footballers have the hottest women in the world – You need to see #1! (With Pictures)