12 Celebs who’ve lost the most expensive things to criminals… You’ll be surprised! (With Pictures) 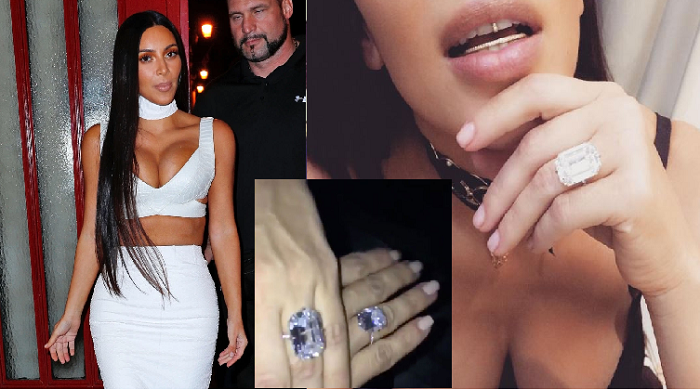 Celebs who’ve lost the most expensive things to criminals – Flashing your wealth for the camera by putting jewelry and designer goods on display, will get a celebrity noticed by the paparazzi, and possibly earn them some press in the tabloids. One major problem with this though: not everyone who sees the luxury goods a celeb flaunts will be satisfied with just looking on enviably from the sidelines.

Kim Kardashian learned this lesson the hard way when she was in Paris for fashion week. The curvaceous beauty had fans and photographers in a frenzy over her tight-fitting outfits she wore during the week, but this added attention also got her noticed by a group of thieves. She was held at gunpoint and robbed of a literal fortune in jewelry, and she’s not the only Kardashian to make this list.

This is a roundup of actors, athletes, rappers and models, who were unfortunate enough to have criminals steal from them. The sums of jewelry, and other goods stolen from a single celebrity on the list, are higher than most people’s annual income, and in a few extreme cases are higher than most people can hope to earn in a lifetime. These can serve as cautionary tales for those in the limelight, who also have exorbitant wealth. While some were targeted by onlookers who saw an opportunity to get rich quick, others were robbed by people from the inside.

There are those that you may believe, “Had it coming” for travelling around with jewelry and cash worth hundreds of thousands of dollars, but most on the list had their homes broken into while they were away. A “Mo’ Money Mo’ Problems,” or #RichFolksProblems viewpoint can be taken, especially for those that never learned their lesson the first, second, or even third time after being robbed.

Here are 12 actors, athletes, rappers and models who lost a fortune at the hand of criminals.

Chris Brown has a checkered past, and known associations with gang members. When his home was invaded by gun-carrying crooks some believed it was the much-maligned singer’s gang affiliations which were to blame. He had just taken home $50,000 for making an appearance at a club, and deposited the loot in a safe at his San Fernando Valley, California, home.

Thieves busted in soon after and forced his aunt – who was home alone at the time – into a closet and threatened her with guns. People close to the situation believed the criminals were associated not only with the club promoter who forked over the $50,000 to Breezy, but the singer himself.