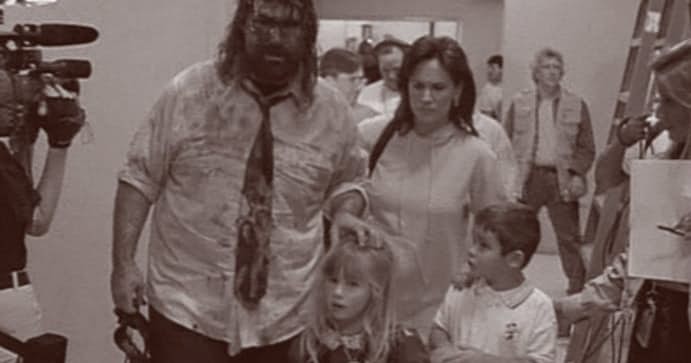 Today, the backstage scene is much calmer but during the 90s, it truly was a war zone. Even the early to mid 2000s carried some serious baggage behind the scenes which even caused a respected WWE employee to walk out of the company. We shall discuss that altercation further in this piece.

The incidents in this article range from all over the place; you have incidents of wrestlers partying, altercations between Superstars and executives and even some of the greatest wrestlers of all time potentially being squandered because of poor booking decisions made behind the scenes. Can you imagine Brock playing the role of a stiff Russian and not utilizing his insane agility? Man, would things be different. We’ll have more on that situation in the number one entry.

For now let us begin; here are 15 crazy WWE behind the scenes real-life incidents you never knew about. Enjoy!

On-screen he played the role of the Undertaker’s creepy manager but behind the scenes Paul Bearer was quite different and a joy to be around.

The late great Bearer was actually quite the prankster believe it or not, and his targets during certain situations were quite bold to say the least. In one instance, Paul decided to rib Mark Henry, who was one of the meanest and most intimidating WWE performers during the 90s. Henry was sustaining an injury at the time so Paul decided to make things even worse for the big man by hiding his crutches.

In another instance, Bearer took things a step further and decided to rib his partner, The Undertaker, which seems like an absolute “No-No”. Taker for some reason hated cucumbers so Paul decided to chop them up and hide them all over his gear, including inside of his boots. We can only imagine Taker’s reaction to the incident!

Prev post1 of 10Next
Use your ← → (arrow) keys to browse
Tags: countdownentertainmentOvi O.photossportsvideoswweWWE Superstars
Share12Tweet8Pin3SendShare