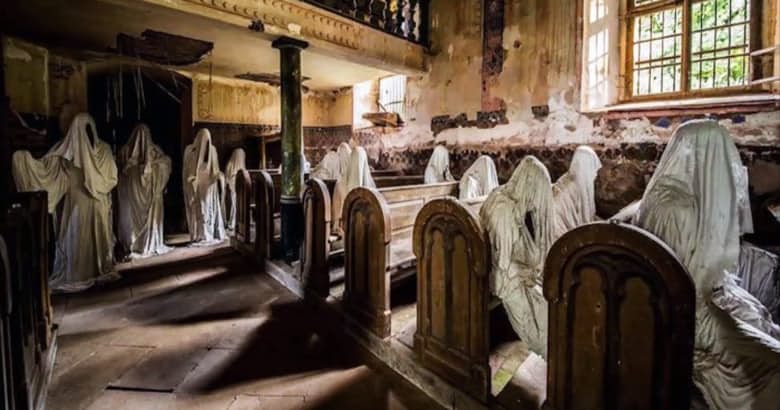 Creepiest and most haunted Churches – Crumbling brick. Decaying wood. That damp, cold smell of dirty, stagnant water. That eerie feeling where you know you are the only person around and yet you don’t feel alone. Where the light seems dead but the shadows seem alive.

For some reason, abandoned buildings are among the most chilling places on Earth. There is something about the fact that they are utterly void of human beings and left to the chaotic forces of Mother Nature that just gives us the creeps. When you step into any abandoned building, whether it be a hospital, a house, a school, or anything else, it feels like you are stepping into a futuristic world where mankind has wiped itself out and all that is left behind are the disintegrating structures of a long-forgotten time.

The creepiest of all abandoned buildings tend to be churches. For whatever reason, an empty cathedral or sanctuary, devoid of parishioners and slowly succumbing to the ravages of weather and time, is absolutely haunting. Maybe it has something to do with how churches are supposed to be emblems of peace, love, and hope. And when human beings abandon the buildings that allegedly stand for such things, it makes us feel sad and dark. Much like seeing pictures of abandoned amusement parks, which should be places full of childlike joy, fun, and happiness, but become the antitheses of those things when there are no people around to enjoy them.

Or maybe it has something to do with churches’ perceived connection to the spiritual realm. Once they are abandoned by their holy guardians, it is not hard to believe that they could easily become portals for more sinister supernatural entities. In any case, here are 12 photos of creepy abandoned churches to remind us of what happens to a building when we walk away from it.

12. Church of the Transfiguration

The first entry on our list of creepy abandoned church photos doesn’t come from the deep south or an overgrown forest in eastern Europe, but from a place called the Church of the Transfiguration which resides in Buffalo, New York. And that might just be what makes this particular photo so unnerving. It doesn’t really have that freaky, otherworldly feeling that many other photos on this list do.

If you walked into this place, you probably wouldn’t be worried about a demon-possessed serial killer lurking in its darkened corners or be constantly looking over your shoulder, waiting for a ghostly figure to spawn behind you and drag you into hell. No, this seems more like a place where you would have to be careful not to step on any used needles. You’re less likely to be attacked by a malevolent ghoul than you are a toothless meth addict who wants your wallet.