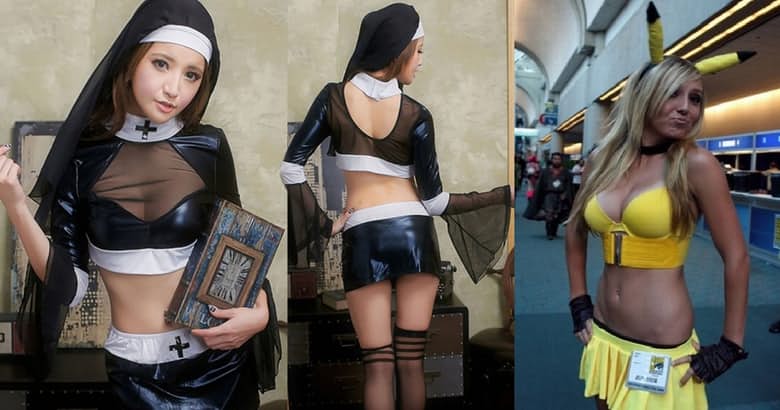 Halloween costumes – When you really think about it, most major holidays are highly overrated. Thanksgiving forces you to spend an entire weekend with family members that you usually try to avoid, all while choking down dry turkey and fighting the urge to throw a chair at your brother in law.

Christmas is a month-long minefield of forced cheer, terrible music, and social anxiety as the search for “the perfect holiday gift” finds you camped out in front of Best Buy at 4 o’clock in the morning with a bunch of other lunatics trying to save $20 on a Fitbit. Valentine’s Day is no better since it’s basically just a holiday invented by card and candy corporations as a sick social experiment that forces us to evaluate the status of our romantic relationships, usually during an overpriced dinner at an Italian restaurant.

Yet, amidst the general suckfest of holidays that force us to spend money we don’t have, spend time with people we don’t like, and conform to social expectations that we had no part in creating, there lies a shining beacon of hope – Halloween. If Halloween isn’t hands down your favorite holiday, then you’re probably a masochist. Because unlike all those other holidays, Halloween doesn’t want anything from you.

It isn’t trying to make you appreciate your family, or count your blessings, or spend a romantic evening with someone whose last name you don’t even remember. Halloween just wants you to have fun, watch trashy slasher flicks, eat cheap candy, and get wasted at the bar with a bunch of hot girls in sexy costumes.

The sexy costumes are without a doubt the most important aspect of Halloween because this is the one night of the year when every girl can wear the most ridiculously provocative ensemble imaginable, and nobody can judge her for it. So get ready to enjoy this most magical of holidays with our sampling of 12 super sexy costumes you’ll want to see her in this Halloween.

This particular Batman costume doesn’t exactly remain faithful to the original design since we’re pretty sure that Batman wears pants and sensible shoes to fight crime as opposed to a vinyl miniskirt and thigh high boots. This version definitely shows a great deal more of skin and since it’s Halloween, this version wins.

To get even more specific, this is technically Batgirl, not Batman, so she’s entitled to her own crime-fighting ensemble. The little black miniskirt combined with the sky-high boots make for a scorchingly hot combination, and it doesn’t hurt that Batgirl’s tight fitting top allows for maximum cleavage possibilities as well. The spiked armbands are also pretty badass, and the bat mask adds an air of mystery that will have you wondering who exactly you’re making out with at the bar after your fifth shot of Fireball.

The 12 most haunted places in the world (With Pictures)

12 most shocking breastfeeding pictures that broke the internet – You need to see #1!