12 Hollywood actors who are highly trained in MMA… You’ll be surprised! (With Pictures) 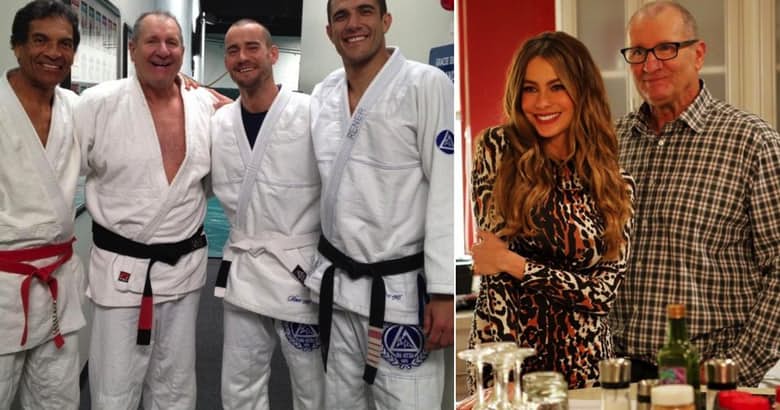 Hollywood actors who are highly trained in MMA – Mixed Martial Arts (MMA) is a term used to describe someone who is trained in all or many areas of combat. Someone proficient in MMA will be a well-rounded fighting machine, but since we’re talking about actors here, we’re going to use MMA as that all-encompassing term that considers all combat sports and martial arts styles.

While many of the actors on this list study multiple styles of martial arts, some have become proficient in only one area, so we want to include them as well.

Because of the intense physical nature of martial arts and the growing popularity of MMA in recent history, many people around the world, including celebrities, have begun to pick it up as an intense physical workout. There are a number of additional benefits to picking up the discipline as well, including learning self-defence, providing a stress outlet and offers an environment for healthy competition.

Since MMA has been picked up by many as substitute or a supplement for traditional exercise, there are countless actors and celebrities who do it “for fun.” What we mean by this is that, while they may have some training and experience in martial arts or MMA, they have no formal training and no recognition of competence, such as with belts or competition. We have none of that on this list. If we did, we could include Brad Pitt, Angelina Jolie, Ryan Gosling, Christian Bale, Jessica Alba, Jessica Biel, Robert Downey Jr and MANY more.

What we’ve focused on here is the well-known actors who have accomplished something of significance in a specific martial arts style, a black belt for example. Sadly, this omits our boxing friends, Mickey Rourke, Liam Neeson, Mark Wahlberg and more. But let’s not cry for who we’ve cut; let’s celebrate those actors who have demonstrated they can make more money than us and kick our asses. We have tried to rank them in order of rank, but it’s difficult with so many different styles.

We haven’t included them on this list, but both Paul Walker and Arnold Schwarzenegger hold “honorary” black belts in their disciplines. Walker was awarded his black belt in Brazilian Jiu-Jitsu at his funeral and Schwarzenegger was given a black belt in Taekwondo because he’s the Arnold. While both men had significant training, neither of them technically earned these belts. Here are 15 well-known actors who are surprisingly trained in Mixed Martial Arts.

Evan Rachel Wood has been acting since she was very young, but that doesn’t mean she never had time to do some extracurricular work. She says that because she was never very good at ballet, she took Taekwondo classes instead and fell in love with it.

Over the next four years of study, Wood would gain enough experience to be recognized with a black belt. While she no longer studies or trains in martial arts, she claims that she has some fun with it every now and again. “My best friend, who’s also my assistant, I’ve known her since fifth grade and we met in Taekwondo class,” she says. “Every now and then I’ll look at her and we’ll bust out some forms.”