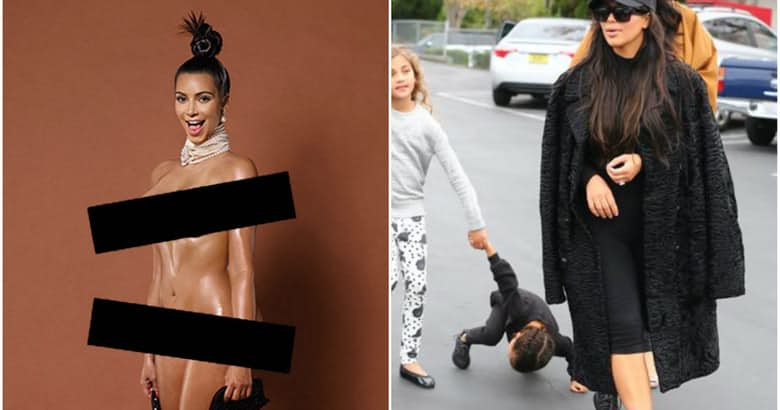 Times The Kardashians were the worst parents – The Kardashians are a well-known family to most people these days, especially young women and men. They are seen on television, magazines, and all over social media. Pretty much, they’re everywhere. The Kardashians have grown a lot since their reality show first started. The amount of relationships, kids, wealth accumulation, countless plastic surgeries— you name it!

Now, the younger generation of the Kardashians are also here (North, Saint, Mason, Penelope, and Reign). With all that fame and money, do you think the Kardashians are mature enough to handle parenthood as well? Not only providing the bare necessities like feeding their children and giving them shelter but, being a role model for their kids, spending time with them, teaching them right from wrong. You know, how regular parents would like to raise their kids. Or, does it seem like the vanity, fame and money gets in the way of the attention they should be giving their children?

The Kardashian sisters, especially Kim Kardashian is well known for nude shoots. It’s understandable when she did this while she was unmarried and had no kids. But, even after being married and with two kids, Kim still has no regrets posting naked selfies she takes of herself on Snapchat, Instagram, and Twitter.

Who is she really trying to impress with these? The only person she should think to impress, in private of course, is her husband Kanye West. North and Saint are very young right now, however, when they do grow up, they may be ashamed finding out about these pictures their mother has been posting.

There was also a recent incident that the media just ate up, where Kanye was trying to fix the neckline of Kim’s tank top as too much cleavage was showing. He should think of fixing up her nude pictures as well and tell her to focus on her kids instead of showing her nude self to the public.

The long list of female celebs Madonna has slept with – this will shock you! (With Pictures)

LADIES: If these 11 these rings true, he’s a keeper – NEVER let him go!