12 Wrestlers you didn’t know are very close friends with The Undertaker – this will shock many! (With Pictures) 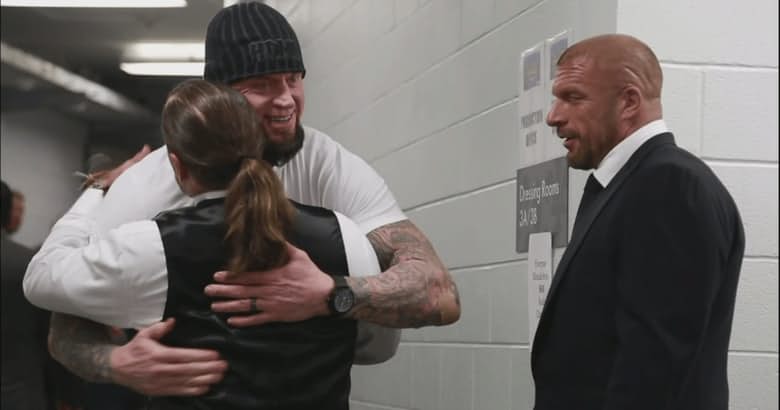 The Undertaker – The dark and mysterious Undertaker has been the most dominant fixture in WWE for over two decades, destroying his enemies on sight in ghoulish fashion. Despite his evil character, The Undertaker has made dozens of companions throughout his long career, some of whom gradually turned into his closest and most enduring lifelong friends.

The Undertaker is generally referred to as one of WWE’s preeminent locker room leaders any time he makes the trip backstage, so the number of wrestlers who look up to the Dead Man is almost uncountable. Only a small number have become his friend, though, and most of those lucky few have benefitted from the support of one of wrestling’s most incomparable legends.

Wrestling is a cliquey industry with dozens of deep friendships forming out of the necessity to succeed, and with success like The Undertaker’s, he obviously utilized that networking throughout his career. Undertaker actually was the co-leader of one of wrestling’s most infamous backstage units, the Attitude Era’s Bone Street Crew.

Outside of his personal crew, Undertaker also made a select few allies based on similar goals and interests like any other superstar would be expected, let alone any employee working at the same place for nearly three decades in any profession. Predictably, many of The Undertaker’s buddies have seen their careers aided through the relationship, generally by way of getting to work with The Dead Man in the ring.

Others only started their friendship with Undertaker once they both reached the top, and those unions often turned into Undertaker’s most memorable of all. Keep reading to learn which 12 superstars danced with the devil onscreen and off in our list of The Undertaker’s closest friends.

Friend or foe, there is probably no wrestler as inexorably connected with the legacy of The Undertaker as his fake onscreen brother, Kane. Kane’s career started several years prior to turning into the Devil’s Favorite Demon, but it wasn’t until he and The Undertaker were connected during the Attitude Era that his legacy truly started to grow. In addition to Kane and The Undertaker spending lots of time together on screen, behind-the-scenes, they developed what Kane later described as a mentor-esque relationship, with the Dead Man helping his TV brother in his career as though their relationship were real.

All things considered, Kane isn’t quite as close with The Undertaker as some of the others on this list. Even though they’ve worked together for nearly two decades and have helped one another’s careers, Kane says the two don’t exactly hang out much when cameras aren’t rolling outside of the mentoring he received earlier in his career. Nonetheless, the two are so regularly attached that they’ve still managed to no doubt develop some level of friendship, one that Kane is grateful for regardless of how often it is expressed.