13 Photos Ronda Rousey is hiding from the public (Must See) 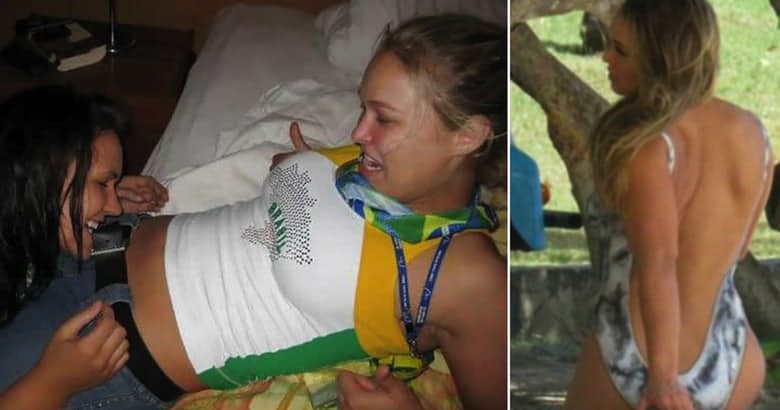 Photos Ronda Rousey is hiding from the public – There has been a lot of talk in the sports world that there is a women’s revolution going on. The U.S. Women’s soccer team took the World Cup by storm and got North America excited about women’s soccer in a way they arguably have never been in the past.

Serena Williams has been kicking butt and taking names in the tennis world which have led her to become one of the best known and most followed sports stars in the world. In the WWE, a company that presents their product as sports entertainment, the way they use their female wrestlers has undergone a tectonic shift, which has resulted in them being taken far more serious than in a very long time.

Then there is Ronda Rousey, arguably the biggest female athlete in the world at one time, she not only became the biggest female MMA star but was probably better known than any of the men, too. Going undefeated in her first twelve bouts, she typically took out her opponent in the first round which made her matches phenomenal to watch. Hugely popular as a result, people wanted to see more of her which resulted in her photo being taken endlessly even when she didn’t want it to be. That concept inspired this list of fifteen photos she’d rather you not see.

In order for a photo to be considered for inclusion, the requirements were pretty simple. Ronda needed to be featured in the photo, whether alone or in a group it didn’t matter, and it needed to seem like she wouldn’t want us to see it. Obviously, we weren’t able to actually ask her how she felt about the photos in question, so we can’t say our choices are one-hundred percent disliked by her, but there are clear reasons she’d rather these photos be forgotten.

Beauty is in the eye of the beholder, but it seems to be largely agreed upon that Ronda Rousey is a sexy lady. Someone whose body is her profession, Ronda depends on her physical prowess in order to dominate women in the octagon.

That means that in order to stay competitive she must remain extremely fit. Also, somebody who oozes confidence in nearly every situation, that fact alone makes her an attractive woman in our books. That said, those shorts look like mom jeans that have been tapered off and do little to make her look like the hottie she is.

Additionally, we’re guessing there aren’t too many people who’d be pleased to have their photo taken while they are bent over and unsuspecting. We know we’d be infuriated if we went online and there was a random photo of us in a position like this and people were gawking at it.

Prev post1 of 13Next
Use your ← → (arrow) keys to browse
Tags: countdownentertainmentOvi O.photosRonda Rousey
Share12Tweet8Pin3SendShare