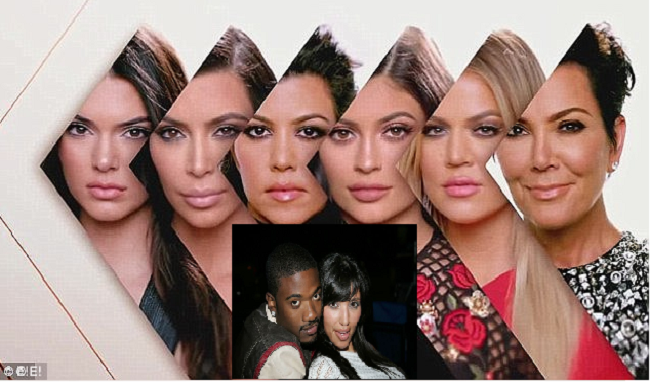 The Kardashians – You either love them, hate them, love to hate them, or hate to love them. Despite what side of the fence you fall on, you know the Kardashian name, which has been deemed the name of America’s First Family. While the television show Keeping Up with the Kardashians has given us a better understanding of the family with their larger than life personalities, they cannot take all of the credit for their success and notability.

Ray J., who was formerly also referred to as Brandy’s little brother, has made a name of his own. He’s a singer. Reality TV star. He also has his own company called Raytroniks that specializes in electronic devices including a motorized bike called the Scoot-e-bikes. As you can see, Ray J. goes by various names and titles, but one that cannot be forgotten is his part in putting the Kardashian name on the map when it comes to pop culture and entertainment.

There have been quite a few celebrities that have had sex tapes and some have even went as far as to claim that the tapes were “leaked” against their will. Among the list of leaked tapes involving celebs is the infamous tape between Ray J. and Kim Kardashian.

While the two dated in the beginning of the 2000s and the tape didn’t go public until years later, Kim wasn’t as known as she was once the tape surfaced, and it eventually became synonymous with her name. Regardless of whether you loved it or hated it, the Ray J. and Kim K. sex tape was the tipping point to the Kardashian fame and notoriety.

During an interview, Ray J. has said that Kardashian was the last one to have possession of the tape before it “leaked” and was sold to Vivid Entertainment. Whether or not Ray J.’s claim is true, no one can deny the giant role the tape played in the making of the Kardashian empire.