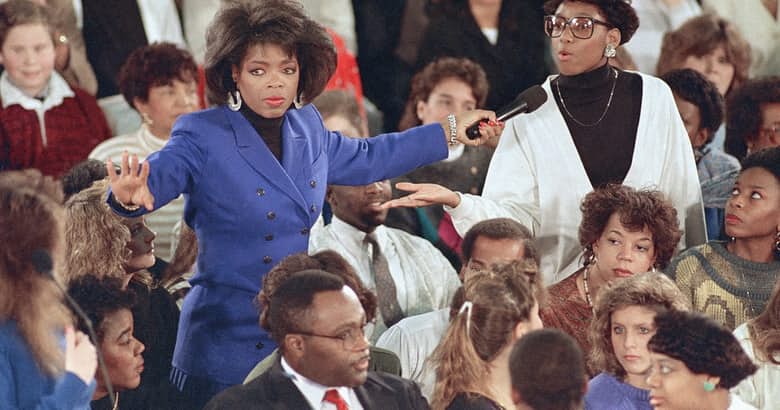 Facts about Oprah Winfrey – Oprah Winfrey is one of the richest people on earth and the richest African-American person in the world. From books to films Oprah’s brand is remarkable and seemingly invincible. Oprah is a media powerhouse, television host, actress, cinema producer, renowned public speaker, revolutionary thinker, and a generous philanthropist.

Oprah is often recognized as the “Queen of All Media.” She is the first African-American woman to become a billionaire extraordinaire and her net worth surpasses an astonishing $3 billion.

Oprah is a cultural phenomenon and an icon. However, Oprah’s upbringing was far from perfect. She grew up in poverty and was a victim of frequent abuse.

Oprah overcame her traumatic childhood and began anchoring the news in Nashville, Tennessee when she was just 19, making her the youngest person ever and the first African-American woman to hold such a position.

Oprah praises her grandmother, saying that it was Hattie Mae who gave her the courage to speak in front of crowds of people, giving Oprah the ability to cope and adapt to adversity. Oprah went on to become the first woman of color to host a nationally syndicated weekday talk show, the timeless Oprah Winfrey Show. She soon became the third woman ever to own her own studio, when she founded Harpo Studios.

In January 2011, Oprah launched the Oprah Winfrey Network. Several hit TV series later, OWN has become a stellar television network. Here are 15 shocking facts about Oprah’s legacy you may not have known.

Oprah can afford it all, including her grandest dreams and desires. Her properties in Hawaii are worth several millions of dollars. Since 2002, Oprah has owned the ideal tranquil farmhouse in Kula, Hawaii. It was upgraded by a top tier New York designer named Elissa “Ellie” Cullman to showcase a contemporary American barnyard style.

Additionally, this Hawaii dream house also premiered Oprah’s collection of folk art and was featured in Oprah’s O! Magazine. Years later, this fabulous media queen bought an additional 63 acres of land off the coast of Maui’s Hamoa Beach. Oprah was once quoted as saying, “The reason I’ve been able to be so financially successful is my focus has never, ever for one minute been money.”