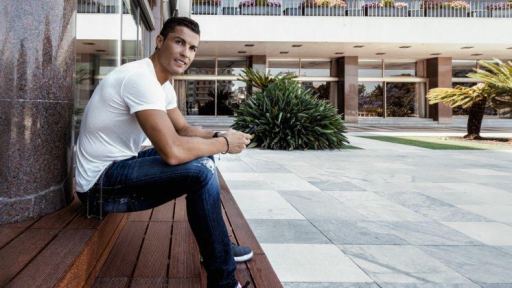 Cristiano Ronaldo has revealed he has mutual admiration for rival Lionel Messi while also saying he needs haters because the negative energy from them has helped him achieve as much as he has achieved in his career. He also revealed that former coach Sir Alex Ferguson played a vital role in his life as a ‘fatherly figure’ and that Ashley Cole was one of the toughest defenders he came across.
When asked by Coach Magazine about the most important lesson football taught him, The Euro cup winning Portugal captain, Real Madrid’s all time highest goalscorer, model, business man and 3-time Ballon d’or winner, said:

‘To use negative people and experiences to motivate you. I actually need my haters – they have helped me achieve all I have achieved. There is a big mutual respect between myself and Lionel Messi. The media like to make out like we have this big rivalry, but we don’t. It is not like we are good friends, but there is a mutual respect on both sides.’

‘Over the years I had some great battles with Ashley Cole – he doesn’t give you a second to breathe. He was such a tenacious player, quick, tough in the tackle – when he was at his peak. You knew it would never be an easy game.’

‘I do see Sir Alex Ferguson as a father figure. All my coaches have been important, but when I arrived at Real Madrid I was a man, when I arrived at Manchester United I was a boy. All of a sudden you are at one of the biggest clubs in the world, and at that time I needed somebody like Sir Alex.