“Aisha Belongs In my kitchen, her job is to look after me” – Buhari Insists 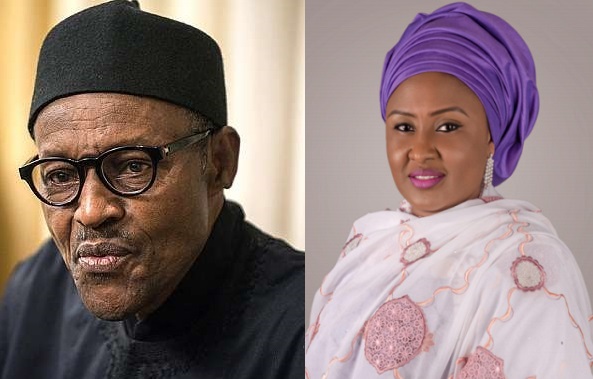 President Muhammadu insists the place of his wife, Aisha, is in the kitchen. On Friday, Buhari said his wife belonged in the kitchen, and “the other room,” apparently a euphemism for the bedroom. He had said this at a press conference after a closed-door meeting, with German Chancellor Angela Merkel, in response to an interview Aisha granted the BBC, where she said that his government had been hijacked.

In the interview, Aisha had also said that she might not support her husband under the present circumstances if he seeks re-election in 2019.

“It is not easy to do away with opposition or people who did not follow you along your campaign trail. I hope my wife will remember that I was on the field for 12 years; I tried three times, the fourth time I managed to succeed. And I ended up the first three times in the Nigerian Supreme Court, so I claim superior knowledge over her and the rest of the opposition and I succeeded.

“It is not easy to satisfy the whole Nigerian opposition party or to participate in the government.”

In response to a backlash from the statement, Garba Shehu, presidential spokesman, said the president was only joking.

But in an interview with DW’s Phil Gayle, Buhari reiterated his position, saying the function of his wife was to take care of his home:

DW: Recently your wife criticised your choices for top jobs, and you responded by saying“I don’t know which party my wife belongs to, but she belongs to my kitchen and my living room.” What did you mean by that, sir?

DW: That is your wife’s function?

Buhari: Yes, to look after me.

DW: And she should stay out of politics?

Buhari: I think so.