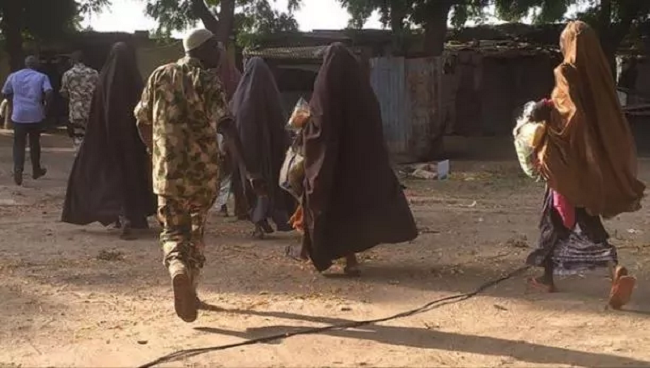 21 rescued Chibok girls – The first photos of some of the rescued 21 Chibok girls show them resting and enjoying a little refreshment in Banki, Nigeria, near the Cameroonian border. The news of the release of the first group of more than 200 schoolgirls abducted two and half years ago from their school in Borno state by the Boko Haram terrorists has brought relief and hope for the rescue of the rest of the girls.

The insurgents handed over 21 missing Chibok schoolgirls to Nigerian government on October 12, Thursday, as part of a deal brokered by the International Committee of the Red Cross and the Swiss government.

The girls are being taken to the northeastern city of Maiduguri, where they will meet with the governor of Borno state, officials in the state. The names of the girls were not immediately revealed.

President Muhammadu Buhari, Bring Back Our Girls campaigners, former VP Atiku Abubakar expressed their happiness over the release of the girls.

Top Post Today: 13 Reasons The Kardashians would be nothing without Ray J (With Pictures)