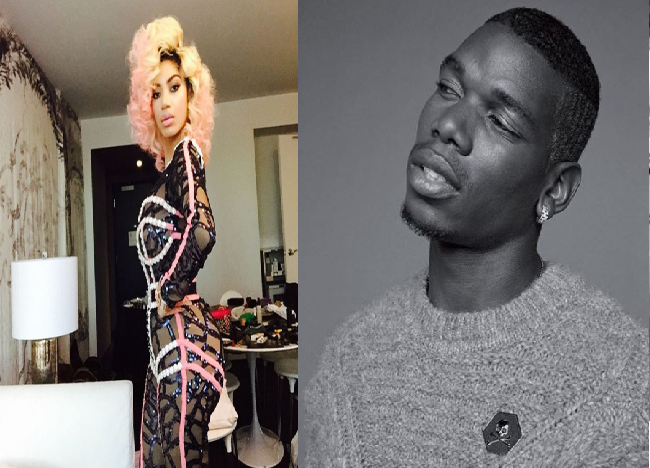 Paul Pogba & girlfriend ‘Dencia’  – It has been revealed that Manchester United midfielder Paul Pogba and singer Dencia are in a relationship. According to The Sun UK, the two have been disturbing guests with their sex noise. Below is their report. Businessmen and women have already cried foul to The Sun over loud parties he has held at the city’s five-star Lowry. Now it emerges he has been scoring in the bedroom between 3am and 4am.

One visitor to Manchester told The Sun they complained to the Lowry staff about his sex moans – but nothing was done so they switched hotels.

The guest, who asked not to be named, said: “We stayed at the Lowry and saw Pogba and Dencia together.

“You can’t miss Dencia – she is loud and flash.

“We were staying near them on the third floor of the hotel, so saw them coming and going from his room at the end of the hall-way.

“I settled down to sleep at 2am after getting in late.

“There was loud hip-hop music blaring from his room and lots of giggling.

“It eventually quietened down but between 3am and 4am there was unmistakable moaning and groaning to be heard.

“They didn’t seem to care who heard them. It went on forever.

“It was impossible not to hear because she was very loud.”

The Sun’s source stayed at the Lowry from September 24 to 30.

The guest said: “The first day I saw Paul and Dencia together was the evening of September 24.

“Dencia wore black outfits and always had boots on.

“The first time I heard the sex noises was between 1am and 2am the following morning.

“If it wasn’t loud music from his room it was loud moaning.

“The music was as annoying as the sex because it was vulgar hip hop.

Mother of one Teyana Taylor undresses for Paper magazine (Photos 18+)

Femi Otedola losses $1.3 billion and he’s no longer a billionaire – See what happened!