“President Buhari and Aisha’s interview and comment were taken out of context. It’s no big deal” – Okorocha 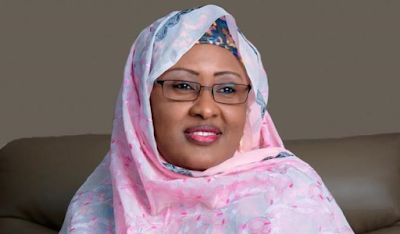 While addressing State House correspondents on Sunday, Imo State Governor Rochas Okorocha said that President Buhari’s comment about his wife belonging to the kitchen was all a joke. Responding to the controversial interview Aisha Buhari granted the BBC Hausa Service, President Buhari said she was not a member of the party, stressing that she belongs to his kitchen, sitting room and “the other room”

Asked to react to the comments by the president’s wife, Okorocha said Mrs Buhari did not intend to bring down her husband’s government, adding that his own wife too sometimes joins his commissioners and other staff in condemning some of his actions.

“This is the time that all Nigerians, irrespective of political party, religion or culture, must come together to see what we can do to salvage the situation and to build the Nigeria of our collective hope and aspiration. This is what we must emphasise at this time, and we don’t need any form of distraction whatsoever at this time. We should support President Muhammadu Buhari to achieve these three key things–economy, security and power and fight against corruption so that we can make headway. I think we’re beginning to see light at the dark end of the tunnel.

“What’s now trending in the social media, the comment of Mr. President and interview of his wife; I was there [in Germany] when Mr. President made the comment. I think both the interview and the comment were taken out of context. I can understand why the international community speaks on this matter because of human rights and all that’s going on around the whole world. I tend to believe that Nigerians should understand this matter, because I don’t think those were the intentions as being described in social media and those condemning the act. I can put it this way that it’s a joke taken too far outside the shores of Nigeria.

“If you’ve been with the president and where he cracks jokes, you’d understand that it could be his style of jokes because even when he was responding [to Aisha’s interview], he was smiling, I don’t think the meaning given to it is what it is. If not, why would he have his five daughters having masters and Phd and his wife educated and putting women in key positions in the country,  I don’t think it is. Aisha Buhari who granted the interview didn’t give that interview to bring down her husband’s government. She was only trying to make peace among perceived aggrieved members in the polity.

“I have situations where my wife joins commissioners and my workers to condemn what I do. That does not mean she is fighting me, rather a bridge of peace between me and them. I’d have loved to make further comments if I do not see President Buhari and his wife having nice time, then, it means there’s a quarrel between the two; but I’m sure that as we’re hitting our heads with each other on what they’ve said, they’re there having a nice time”

“Garba Shehu has gone beyond his boundaries!” – First Lady, Aisha Buhari calls out her husband’s spokesperson