The Other Room: Finance minister reveals secret of Buhari and women… Read what she said! 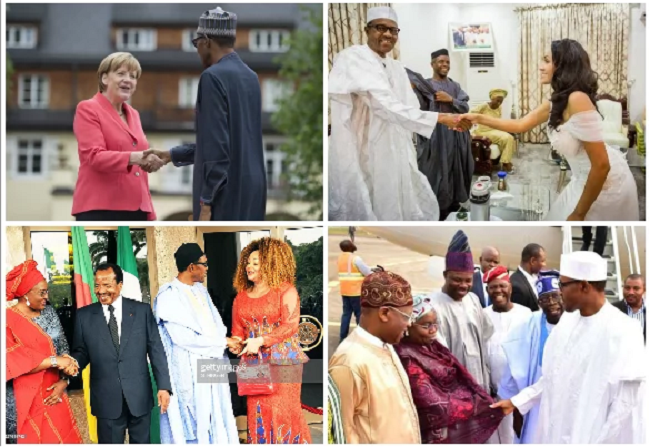 Finance minister reveals secret of Buhari and women – Kemi Adeosun says President Muhammadu  Buhari does not hate women – The Finance Minister says the president’s appointment of women in his cabinet is prove that he is no misogynist – She says Buhari works more in favour of women and would do anything to protect their rights.

Following accusations that President Muhammadu Buhari is a misogynist, the Finance minister Kemi Adeosun has dismissed insinuations of the president being a hater of women.

She made the declaration On Friday, October 21, even as she said that the administration has pumped in the last four months pumped an unprecedented N720 billion to boost infrastructure.

Vanguard reports that Mrs Adeosun who disowned dates attributed to her on when the nation would come out of recession said economic growth would depend on global oil prices and how the economy responds to the spending stimulus fashioned out by the administration.

Among the spending plans she enumerated was the Affordable Housing Programme aimed at boosting home ownership in the country. She said the contractors for the programme moved to site this week.

Adeosun spoke on a BBC programme Friday evening. Asked if the president was a misogynist, she said: “I think the fact that he has appointed women into very senior positions says his view about women. I work with him very closely and I don’t see any misogynistic tendencies in him; in fact if for anything, I think he is very much in favour of women.”

On the administration’s plans to recover the economy from recession, she said: “We have released about N720 billion in about four months and that is the highest ever and we are still going to do more in investing in infrastructure because that is what has held Nigeria back.”

“For a number of years and almost for a whole generation we were moving in the wrong direction depending on oil, we didn’t invest in infrastructure. And everyone has known about the power challenges in Nigeria, the road challenges, the health challenges and the only thing that was just keeping us up was the high oil price and the high oil price has been stripped away and we have been laid bare, so it is going to take a bit of time to recover.”

What we have said consistently is that if we stick to the plan that growth will return. “We are doing the Affordable Housing Programme and the contractors have just moved to site this week and that is aimed at addressing the cost of living issue.

“We understand the peoples pain and what we are trying to do is spend our money in a way that addresses that pain,” she said.

Finally, Jose Mourinho reveals how Chelsea sacked him – You need to read this!