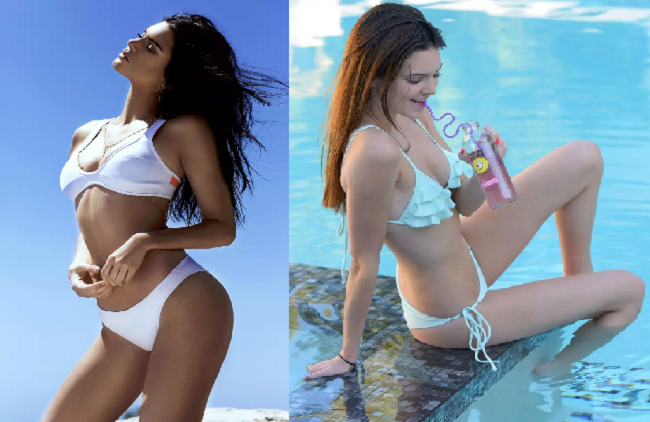 Hot photos of Kendall Jenner – Kendall Jenner is so much more than just one of those sisters from Keeping Up With The Kardashians,she’s built herself a small dynasty that may catch up with the likes of Kim K. someday. Jenner has been featured on KUWTK for almost 10 years and hasn’t shown signs that she’s going to stop filming anytime soon.

Since that time the young model has pursued her dreams wholeheartedly and rightfully earned herself a spot on almost every high fashion event in the last two years. One of the reasons that the young woman comes so highly coveted in the fashion world is because she brings with her an innumerable amount of followers on Instagram, Facebook and Twitter. In the last few years, she’s even been invited to the White House to meet President Barack Obama and his wife.

The second to youngest of the giant clan, Jenner has always had large shoes to fill in the last years but hasn’t disappointed to public. Since the beginning of her career she’s received both love and hate from the general public for her relation to the Kardashian clan and she’s continued to defy the haters. Kendall Jenner has worked in fashion, photography, television and more; making her one of the hardest working Kardashian family members.

She also happens to be absolutely gorgeous, as will be proven through this list of the 12 hottest photos that she has ever taken.

12. Lemonade and a Blue Bikini

This well-composed photo features the young model in a light blue ruffled string bikini. She is drinking some delicious Hubert’spink lemonade poolside through a super fun purple crazy straw. The photo was snapped before the star hit it big in the modeling world. She got her start in print mostly but also garnered a lot of fame via social media.

Kendall Jenner is at the forefront of the “Instagirl era” at Voguecalls it, she is one of the Top 10 followed celebrities on Instagram at the moment. Harper’s Bazaar referred to the phenomena of models being chosen by their social media presence as “social media modeling” and there’s no one better at it than Kendall Jenner. Her first real breakout season after her print modeling phase was in 2014 and 2015 where she was booked for multiple fashion weeks around the world. Jenner has made a name for herself outside of the Kardashian dynasty, a feat not easily accomplished.

Prev post1 of 12Next
Use your ← → (arrow) keys to browse
Tags: countdownentertainmentKendall JennerphotosThe Jenners
Share12Tweet8Pin3SendShare