Top 12 Most powerful kids in the world (With Pictures) 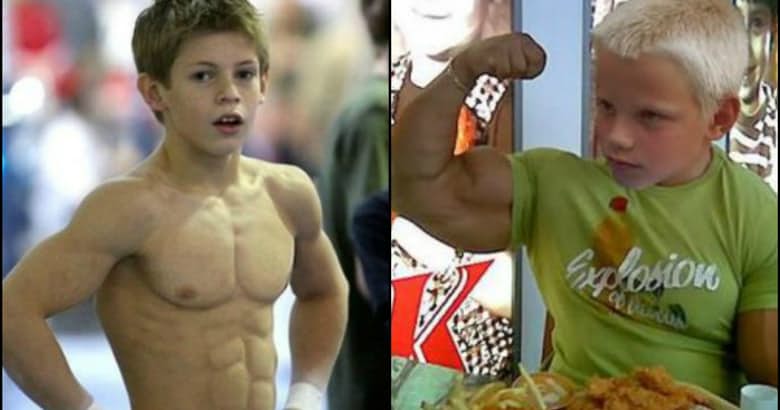 Most powerful kids in the world – I don’t mean to brag, but sometimes I can take all the groceries in from the car in one trip. It doesn’t exactly make me a world class strongman, but sometimes it’s pretty impressive (less so if I’ve only bought only one thing…). But the 12 kids that we have below are going to absolutely leave you flabbergasted at their strength.

We’ve got world record holders in all kinds of categories, and if you think this list includes only boys, think again, as several young girls have made their strong mark on the world.

Most of these children started working out as soon as they could walk. For one individual that was taking too long, so her father tied weights to her when she was in a crib so she could work her muscles! There is also one kid on the list that suffers from a medical condition that causes him to grow muscle incredibly quickly; sounds more like a superpower to me!

Two of the entries on our list are related (one brother/brother and one brother/sister), meaning you’re actually about to read about 12 kids that are going to make you feel awful about missing your morning workout. Some of them even have badass nicknames like Little Hercules, Little Arnie, and Supergirl!

To add diversity to the list we’ve also tracked down kids from all around the world. Romania, Ukraine and Russia are just some of the countries below that have helped spawn some super children.

Do you love push ups? You better believe Andrey Kostash does because his biggest claim to fame is the fact that at the age of 7, he completed 4,000 back to back push-ups in 2 hours and 29 minutes. This set a new national record in Ukraine, where Kostash is from.

If you thought the record of 4,000 was impressive, Kostash was actually disappointed at his end result. He later admitted that his personal best was 6,000 consecutive push ups.

Andre trained for the event since he was 5 and wanted to try and challenge himself. Kostash has aspirations to be an actor and also does martial arts and gymnastics. Kostash is currently being managed by his father, but not much is known about how he is doing in 2016.

Check out the controversial photo Flavour shared on IG