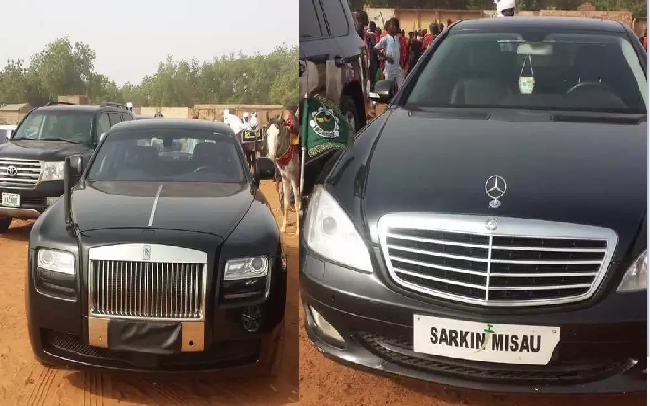 “The Sultan for the invaluable contributions he is making in the development of the Nigerian polity. The Sultan has consistently proved himself worthy of his ancestors.

“He has continuously worked to promote peace and unity in the country. He has remained a leader, treading the path of his revered ancestors in building bridges of understanding amongst diverse ethnic and religious groups in the country,” he said.

The event was attended by several traditional rulers and the cars they drove there, will make you ask, if Nigeria is actually in a recession:

1. This Mercedes S500 belongs to the Mercedes-Benz S-Class, and it is valued at about N38 million.

Gwandu, also called Gando, is a town and emirate in Kebbi State, Nigeria. The seat of government for the emirate and district of this name is in Birnin Kebbi, which is the capital of Kebbi State and was capital of the historical Kingdom of Kebbi.

Originally founded in the sixteenth century by the Kebbawa, a Hausa-speaking people, Gwandu today acts as one of the four emirates composing Kebbi State.