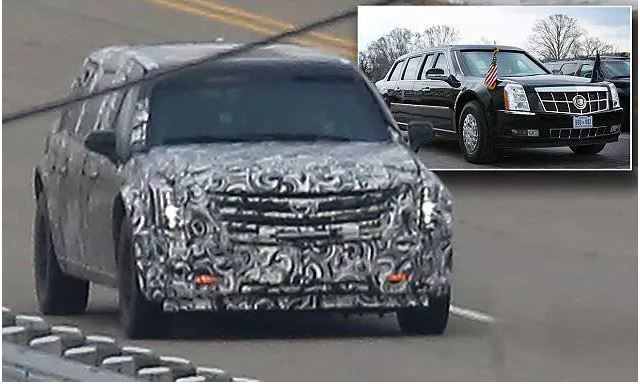 The new car will eventually be painted in the same black and silver as the current vehicle used by Obama, but currently it is covered with camouflage paint to disguise new features. But while the appearance of the car might be mundane from the outside, under the skin it is anything but ordinary. The current state car is thought to weigh eight tons due to the huge amount of armor plating built into the frame.

The doors are around eight inches thick, each weigh the same as the door of a Boeing 747 jet, and completely seal the cabin to protect it from a chemical or biological attack.

It is also reported that the White House maintains a fleet of around 12 of the cars, which are deployed around the world to protect the President, with each vehicle costing up to $1.5 million each. These are then handed to other government officials after being retired, with one usually stored in the library associated with the President who used it.

The 3 things EVERY couple fights really mean… No exceptions!