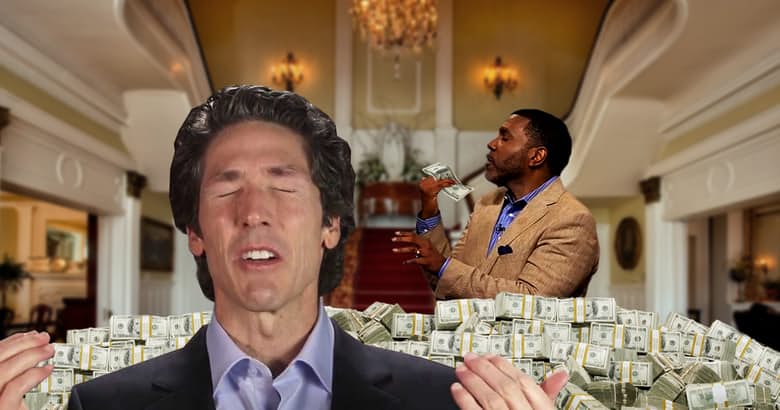 People who used God’s name to earn massive fortunes – They’re beloved by followers all around the world as preachers, healers, and spiritual leaders, but they’re also a part of an elite squad of multi-millionaires. These men and women have created empires so grand that they have even attracted the attention of entertainers. If they haven’t been featured in interviews with Oprah, they’ve been invited to her private events as one of her closest friends.

While some have stacked their cash by collecting from the congregations of hundreds of thousands who show up to their churches every week and the global audience who give generously to their ministries, others have perfected the art of branding themselves to rake in more money on the side. A trip to the book store can reveal how much can be made by marketing yourself as a spiritual leader who has the answers about depression, loneliness, emotional healing, and mental health.

People like Joel Osteen and Joyce Meyer have dozens of books that have helped them grow from simple spiritual teachers to internationally known celebrity pastors, and T.D. Jakes not only hopes to lead people to salvation at his church the Potter’s House in Dallas, Texas, but he owns a production company and a Grammy Award-winning record label.

It’s obvious that these leaders are living the good life in their mega-mansions, traveling around the world in private jets, and walking red carpets with celebrity friends, but at what cost? Did they build their fortunes on the backs of the faithful or are they just spiritual leaders who are brilliant at running a business? Whether you’re a believer or not, it’s clear that these 12 richest religious leaders know how to turn praise into a profit.

Although Joseph Prince was born the son of a Sikh priest, he opted to follow his own path and built a career as a information technology consultant. His parents named him Xenonamandar Jegahusiee Singh but when he began working in IT, he changed his name. He’s the senior pastor of the non-denominational New Creation Church, where 31,000 parishioners visit every week, and when he isn’t giving the good word to his congregation, he’s traveling the world preaching to hundreds of thousands who hang on to his every word, many times at special conferences for a price.

Back in 2008 he found himself the center of controversy when it surfaced that he was bringing in a salary of up to $550,000 a year. He’s also amassed his fortune with his books (written and audio), podcasts, and DVD sales.