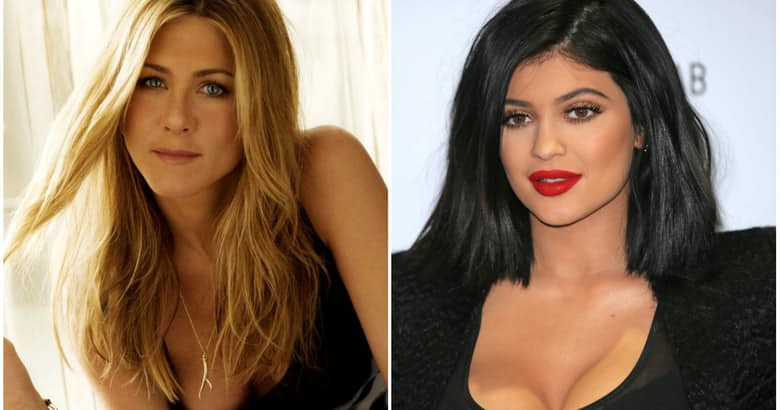 Hollywood celebs who were real ugly ducklings – How often do we find ourselves drooling over photos of celebrities in magazines? Their skin is flawless, their hair and makeup is on-point, their teeth are perfect, their bodies are unbelievable and their style is so fashion forward. But, have you ever stopped to think about what these people would actually look like if they never found fame and fortune?

There’s no doubt that everyone needs a little bit of help to achieve what society defines as beauty. We wear makeup and get our hair done. We try to keep up with the latest trends and struggle to look hot in swimsuits. Even with all that effort, the truth is, at the end of the day most of us just end up looking like average citizens. Celebrities, on the other hand, can do all of those things and then some. They have the monetary means to make themselves look flawless. Hence, here we are constantly wanting to look like them even though it’s never going to happen.

If the people on the following list were just like us, average people on the street with nothing but the bare minimum to spend on exterior grooming, would we really think they were all that hot? You be the judge. This list will show you that at the end of the day you’re not ugly, you’re just poor.

Long gone are the Jersey Shore days of drunken shenanigans for Nicole “Snooki” Polizzi, and gone with those days is her ugliness. She used to be a total hot mess, drowning in leopard print clothing, fake tanner and long ratty hair. Fame might have been a blessing and a curse for Polizzi. In one sense, it fuelled her outrageous antics— the pouffy hair, horrendous style and crazy behaviour. In another sense, it also helped her look the way she does today.

Once she became a mother, Polizzi’s look totally changed. She began working out and lost 42 pounds post pregnancy. She also conquered the self-consciousness she had about her teeth by purchasing a set of veneers to show off a new smile. Beyond that, she traded in her trashy style for a classier look. Fame may have created the monster of “Snooki” but money helped turn her into who we know now as Nicole Polizzi. Who knew all of that potential could have been underneath that mess?