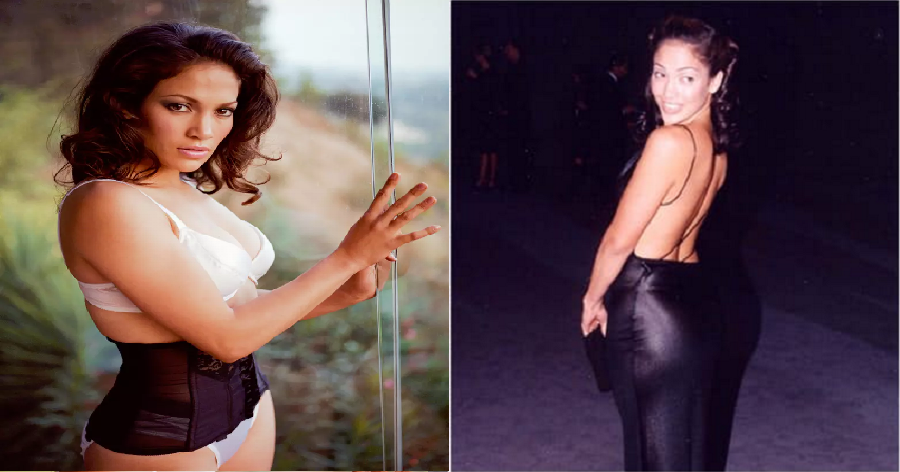 Jennifer Lopez – It’s almost hard to believe that Jennifer Lopez is 47. She’s almost 50, and to be honest she looks amazing for her age. Some people have gone as far as saying that she hasn’t aged visibly since she first stepped into the public limelight in her mid-20’s. And it’s hard to refute those claims.

Looking at pictures of a young Jennifer Lopez, I find myself wondering if she’s some kind of alien… I mean seriously, the woman has not aged at all! Okay, maybe there are a few little things that have changed, but basically she’s just as sexy now as she ever was.

That’s not to say the pictures of her when she was young aren’t sexy. Far from it. She exudes a kind of youthful innocence that is tantalizing. These are pictures of a young girl whose career is just taking off, a girl full of hopes and dreams for her future in film and music. And it was only a matter of time before people noticed these incredibly hot pictures of her.

These sexy photo shoots she did back in the early 90s were undoubtedly hugely beneficial for her career. It wasn’t long before she became a household name. She expanded her influence from a gorgeous actor to a music icon, all the while using her amazing body and good looks to her advantage. When you see these pictures of her as a young woman, you will understand how Jennifer Lopez managed to shoot to the top of the entertainment world.

Back in 1995, not many people knew who Jennifer Lopez was. Previously, she landed a minor role in the film My Little Girl when she was 17. She then got a permanent job as a “fly girl dancer” on the hit television series In Living Color. However, in 1993, she quit this job, where she was making reliable, good money, to pursue a career in acting.

It was one hell of a leap of faith, and it turned out to be the right call. It wasn’t easy though, as she was starting from the bottom and needed some publicity. In 1995, she posed for the successful photographer Cynthia Levine. It was for a magazine geared towards teens, and Cynthia Levine has shot a lot of famous celebrities in her time. If you look at the photos, it is clear what kind of “angle” she was going for.

She’s obviously trying to flaunt her sex appeal, and she’s doing a great job. Her seductive side comes off very strongly, and these pictures really helped her get more roles. With pictures like these, it’s not hard to see how she landed “leading lady” roles in the next few years.