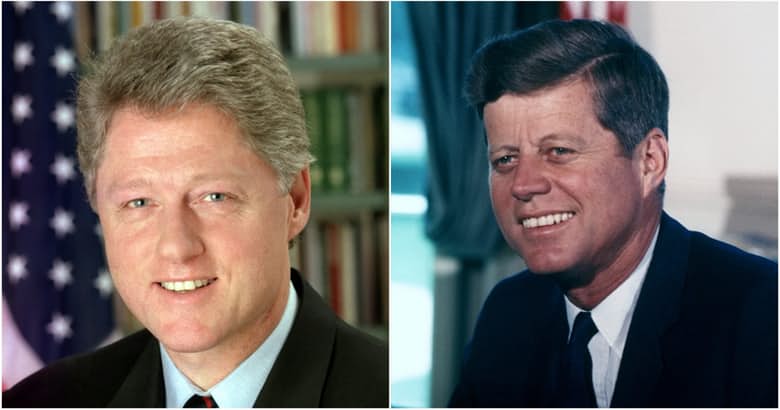 Presidents who were once trailed by gay/lesbian rumors – Nowadays, in this age of selfies and social media, it is almost impossible to hide something from the general public. This is especially apparent for anyone that is running for public office, specifically when entering into the Presidential race.

With only a few days left until the final vote, we are on the precipice of accepting a new President of the United States in the White House. Americans are all a bit uncomfortable with their choices this year since one candidate has been immersed in scandal and the other has absolutely no political experience. In this race much of the lives of the candidates have been drug through the mud, tabloids and mouths of opponents; but this is nothing new to the cutthroat world of politics.

Since the dawn of America there has been speculation as to the sexual orientation of the President’s that have served over the years. That’s right, gay rumors date all the way back to the times of our founding fathers. Though a lot of the proclamations that politicians are LGBTQ are simply conjecture, many of them have lived on from decades to centuries. These are all of the rumors about our presidents that may or may not have been interested in members of the same gender.

There has been tons of speculation as to whether or not Obama is gay which is certainly news to his wife and co-parent Michelle. Of all of the gossip related to Obama being gay, none of it has grabbed enough attention or truth to stop the news. This year it was thought that one of Obama’s secret service agents and an agent of 12 years just came out with a book that is an Amazon bestseller already.

Although these stories have been reported fake by many outlets including Snopes.com, it stirred enough controversy with those that were too dim to notice it wasn’t real; now gay rumors swirl despite Obama’s solid marriage.