13 American Presidents who were completely against Lesbians, gay and bisexual laws (With Pictures) 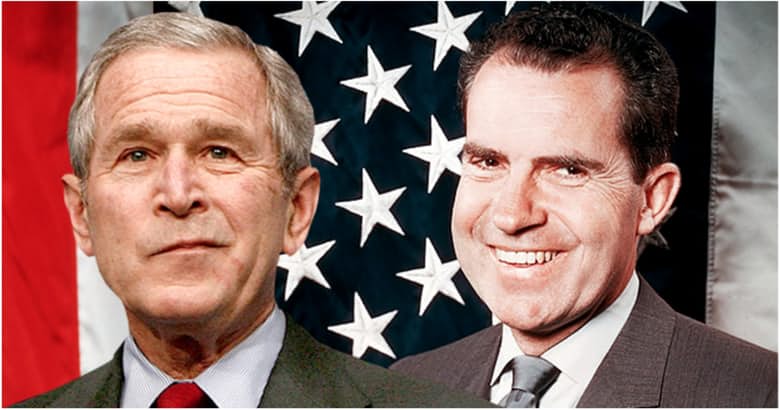 American Presidents – In the modern political climate gay rights are a commonly discussed issue and the last year or so has been a monumental time in making strides for equality. With the controversial “Don’t Ask, Don’t Tell” military policy repealed, LGBTQ armed forces are now free to have their own sexual identities while fighting for the country. Similarly, after a long fight, gay marriage is now legalized which provides a level of equality to the LGBTQ community that is well deserved.

To highlight the long road that it has been for gay rights activists we took a look at where the anti-LGBTQ politics started and unfortunately the homophobia has political roots. Although back in the 1800s gay rights weren’t a commonly talked about issue, civil rights was a hot topic. For this reason, we’ve used anti-civil rights as well as anti-LGBTQ Presidents in this list so that we could include the entire spectrum of the 44 Presidents of the United States.

Although American gay rights aren’t completely equal to the rights of straight Americans, they are still more tolerant than laws found around the world. LGBTQ people in Russia and many Asian countries are persecuted for their sexuality to this day; so there is still a big fight ahead for gay rights activists worldwide.

Obama also did some great work for LGBTQ rights in his last year as President, but up until then he hadn’t worked as much of an advocate for the community. Although the first seven years didn’t give the LGBTQ community much change at least gay marriage has been legalized and military rule “Don’t Ask, Don’t Tell” has been repealed. We put Obama on this list begrudgingly, because in the long run he hasn’t been completely anti-LGBTQ.

12 of the most terrifying Sharks in the world – You need to see number 1! (With Pictures)