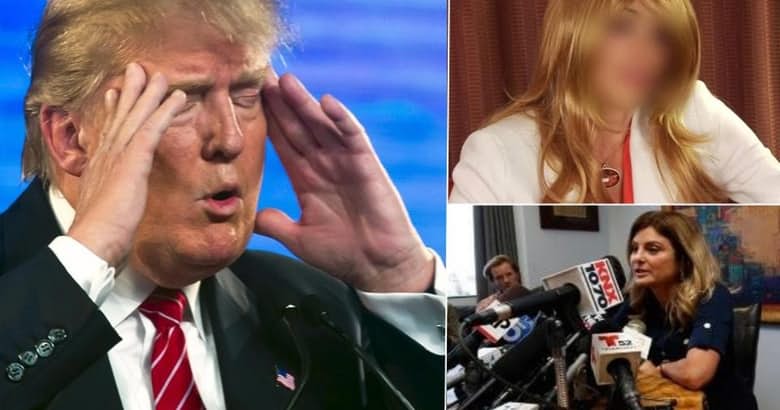 President-elect ‘Donald Trump’ – The man recently elected to be the forty-fifth President of The United States, Donald Trump has to be among the most talked about figures in the world. Able to win the electorate vote, yet edged out in the popular vote, he has his work cut out for him if he wants to be embraced by the people who voted (and even rioted) against him.

Whether you love or hate the man, or even feel ambivalent about him, it is nearly impossible to argue that there haven’t been some unfortunate moments in his life.

Due to the incredibly intense amount of scrutiny that he will be under since he began his political career, a bevy of photos have come to the surface that signify things that The Donald would like forgotten. That is what inspired us to put together this list of photos that Donald Trump doesn’t want you to see.

It is our attempt to inform the masses about the unlikely man that will soon lead one of the most powerful nations in the world. Considering he was elected to the highest office in the land despite a plethora of controversies coming to light in the midst of his campaign, you may be thinking that he doesn’t give a crap about these types of things. We think you are forgetting about his clearly massive ego and propensity for stating that he is the best at everything. As a result, we’d argue that anything that makes him look bad would absolutely drive him nuts and maybe lead to him lashing out on mediums like Twitter at three in the morning.

In order for a photo to be considered for inclusion, the requirements were pretty simple. Donald does not need to be featured in the photo, but there needs to be something about it that directly connects to him. Images of scanned documents are also up for grabs. Obviously, we weren’t able to actually ask him how he feels about the photos in question so we can’t say our choices are one-hundred percent disliked by him, but there are reasons he’d rather these photos be forgotten. So, without any further ado, let’s get to the list.

Are you a fan of Donald Trump? Do you hate him? Do you think he is just another politician and they all are as good or bad as each other? No matter what your position on the man, there is one thing that you really can’t argue; The Donald has one of the most expressive faces in the world.

Unfortunately for him, that is not always a good thing and due to the over the top nature of his facial expressions, you can easily read a lot into his every look. For instance, in this photo of him at one of his campaign events, in our opinion at least, the guy looks either self-satisfied or like he is about to have a glorious bowel movement.