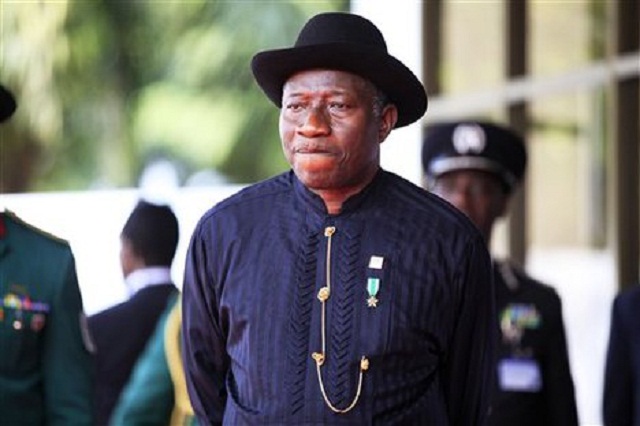 Presidency exposes ghost projects awarded by Jonathan – Garba Shehu called on Niger Delta leaders to address the issue of militancy in the region – He noted that Goodluck Jonathan did not fund some projects he awarded – The presidential spokesperson said the new administration was focused on the economy.

The presidency has revealed that former president, Goodluck Jonathan awarded some ghost projects that h did not pay for while he was in power. The Punch reports that this was revealed by Garba Shehu, the senior special assistant to the president on media and publicity in an interview he granted a Kano-based radio station, Express Radio.

Shehu indicated that a lot of existing projects on paper were now being activated by President Muhammadu Buhari and cited the Kano-Katsina dual road project as an example of what he called “deceitful and ghost projects now being given life.”

He said: “Kano-Katsina dual highway was awarded three years ago by the last administration. They didn’t pay a kobo for its start-up. President Buhari just paid money for the first tranche of 75 kilometers and work has begun apace.”

The presidential spokesperson noted that economic growth was important to keep a country running and that the president was focused on this angle.

Shehu also said the Buhari administration was investing heavily in the construction and repair of highways, railways and power generating plants across the country.

This fast projects were being done to pull the economy out of recession.

He said N750bn has been released for capital projects in the last five months and that payment has been made for the $11bn Kano-Lagos rail project.

Shehu lamented the continued bombing of oil and gas pipelines by militants and said this was affecting the economy badly.

“Despite the government’s practical demonstration of goodwill by bringing the parties or stakeholders to the round table, the militant groups have continued to blow up national economic assets.”

He called on Niger Delta leaders to exert their influence in order to curb insurgency.

9 Countries where Nigerians can easily get permanent residency – #2 will shock you!