Nigerians call out Prophet TB Joshua over Hilary Clinton win prediction – this will leave you rolling on the floor! (+Pics) 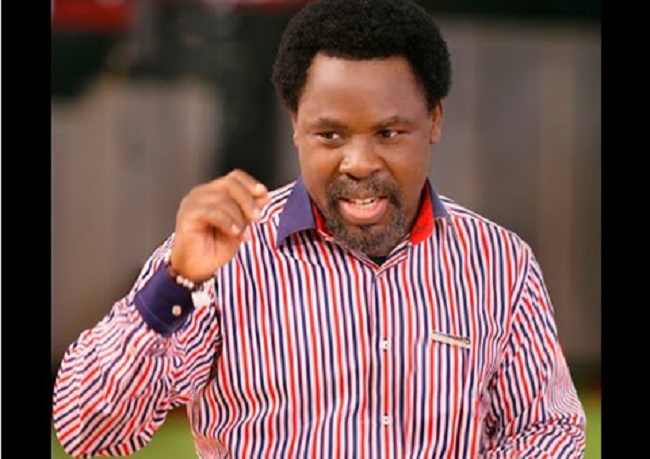 Nigerians calls out Prophet TB Joshua – A few days ago founder of Synagogue of Church of All Nations, Prophet TB Joshua predicted that he had foreseen the identity of the next U.S. president 10 days previously, predicting that the new office holder would face multiple trials.

By the way, in order not to keep you in suspense, what I frankly saw is a woman.

In light of yesterday’s US elections and the shocking victory which is swinging in Donald Trump‘s favour to become the next President, beating Democratic candidate – Hillary Clinton, Nigerians have turned to Prophet TB Joshua for answers.

Aye ,So waiting on TB Joshua who saw clinton winning

In this crazy moment & looking at the projections, all I'm counting on now is TB Joshua's prophesy. shebi prophet sha saw a woman in WH! ??

"@okanlawonmuyiwa: The top loser from the US elections in Nigeria is TB Joshua. Bruh watched too much CNN. #ElectionNight" LOL

Who knew the day will come when i will long for TB Joshua's prophecy to come true? like Olorun TB Joshua se iyanu! This is deep guys?

Funny to see myself actually hoping TB Joshua was right even though I know he is fraud.