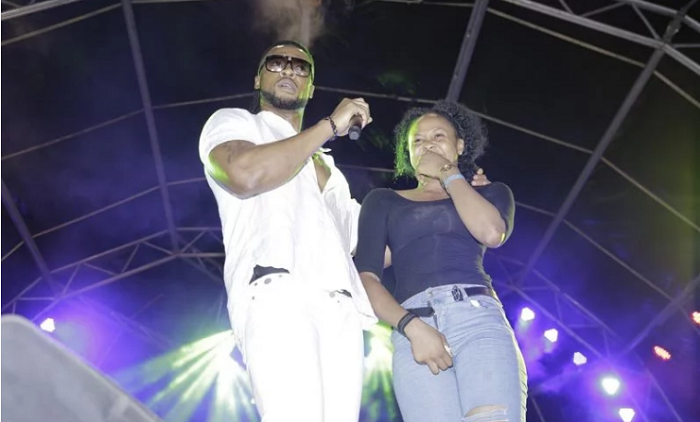 Flavour and KCee shut down Owerri – The city of Owerri had so much fun as Star Music The Trek came to town on Saturday, 12th November 2016 at Dan Anyiam Stadium. The spectacular concert kicked off at 7pm. The host of the night LaffUp cracked the audience up with hilarious jokes that had everyone reeling with laughter. The concert kicked off with a video clip of “My City Rocks”, theme song of Star Music The Trek 2016.

Mr Raw performed his verse of “My City Rocks” to the delight of the packed crowd at Dan Anyiam Stadium. Their reaction was an indication the night was off to agood start. He ended his performance with the track titled “Blessing”.

Pop act, Runtown did not hesitate to give his best to fans in Owerri. He started with his “Lagos to Kampala” song before delivering other hits such as ‘Domot’, ‘Bend down, Pause’, ‘Gallardo’ and ‘The Banger’.

Humblesmith was grateful to the cheering crowd for turning up to enjoy the premium concert as he sang “Osinachi remix”. He kept his performance indigenous as he also performed the iconic ‘African Style’ song by Bright Chimeze with a team of back-up dancers jiving to the Zigima dance routine and ended with his popular “Boogatti” song.

When MI took the stage, he thrilled his fans with amazing songs from his catalogue. He performed his popular songs, Bullion van, ‘My Belle’, ‘Anoti’, ‘Number One’, “Bad Belle”

The opportunity to present a surprise that stunned revelers came during the Star dance party. Kelly Handsome made an appearance in the crowd, singing his popular hit song, “Maga don pay”.

KCee had a marvelous performance at Star Music The Trek in Owerri. When he got on stage, the crowd cheered in excited frenzy. KCee sang “Pull Over” and “Limpopo” to the admiration of his Owerri fans.

Olamide continued the party on stage as he performed many hits back-to-back from “Durosoke” to “Story for the gods”, “Shakiti Bobo” and “Lagos Boys”.

Flavour capped the night as he came on stage to perform his set. The well-built singer had the ladies screaming uncontrollably as the fun peaked. With his live band, Flavour delivered a commanding performance as he blended most of his popular songs in seamless beat waves.

By all accounts from the shinning fans, Star Music The Trek in Owerri was an unforgettable experience.

The finale of this year’s edition of Star Music The Trek will hold on Saturday 26thNovember 2016 at Eagle Club, Opposite Shoprite in Surulere, Lagos by 7pm. It will feature star-studded performances from 2face, Olamide, Tiwa Savage, Dbanj, Simi, Falz the Bahd Guy, Ycee and Burnaboy. 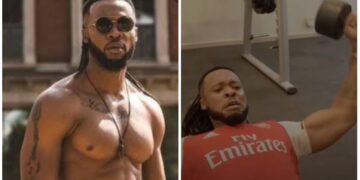 How Flavour stays fit for his Music Videos and Shows (Video)