Presidential Cars: The coolest cars owned by U.S. Presidents past and present (With Pictures) 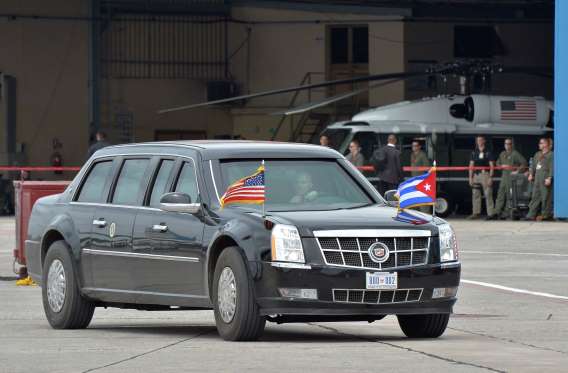 Believe it or not, the first U.S. President to serve during a time when there was an American-made car was Thomas Jefferson. In 1805, American inventor and engineer Oliver Evans built the Oruktor Amphibolos, which was the first steam-powered amphibious car in the United States.

It wasn’t until 1899, almost one hundred years later, that William McKinley took a ride in a steam-powered Locomobile. It marked the first time a U.S. President rode in a car. When his successor, Teddy Roosevelt, took office, the administration owned a Stanley Steamer. Teddy preferred horses, so it didn’t get much use.

William Howard Taft moved into office in 1909 and ordered the White House staff to convert its’ stables into vehicle garages. The White House began to build a fleet of cars. In 1921, Warren Harding was the first president to ride to his inauguration in a car. It was a Packard Twin Six. It wasn’t until 1951 that Congress finally eliminated horses and stables from the White House budget.

It would be unfair not to mention William Howard Taft’s personal car, since he was the first president to have a car. Taft was a very stout man, weighing in at close to 340 pounds. Riding a horse was probably a challenge for him, and even more challenging for the horse.

One of Taft’s vehicles of choice was a Baker Electric Runabout. The first, and possibly only, president to drive an all-electric car did so over one hundred years ago. Baker offered a full range of electric cars, with prices topping out over $3,000. This was more than five times the cost of a Ford Model T at the time. Nonetheless, the White House splurged and had at least one Baker Electric in its fleet.