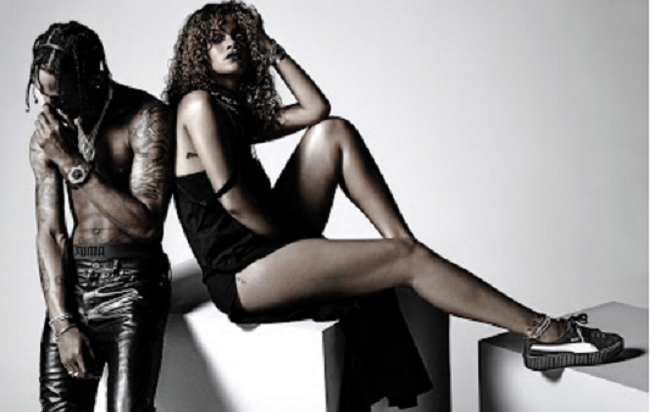 Rihanna dethrones Kanye West’s Yeezys – Rihanna’s first shoe for Puma, the Creeper, sold out within 3 hours after it was debuted last year and it continued to gain momentum during this year. The Fenty Puma Creeper was the only choice for the 2016 Shoe of the Year:

The sought-after honor will be presented at the 30th annual Footwear News Achievement Awards in New York on Nov. 29.

“In my wildest dreams, I never would have imagined an honor like Shoe of the Year,”  “It means so much to me to make a mark like this in the shoe and sneaker industry and to have so many people share my love for the Creeper.”

FN selects the shoe of the year based on retail sales, consumer feedback, social media prowess and overall buzz. The award has been handed out just three times: Kanye West took it home last year for his hit Yeezy Boost 350 sneaker with Adidas.

In 2014, tennis legend Stan Smith was on hand to accept the prize for his own hot signature shoe with Adidas.

The Creeper, which has been worn by Cara Delevingne, Gigi and Bella Hadid and The Weeknd, among other celebrities, is a twist on Puma’s classic styles, decked out with a Creeper-style sole.

Rihanna, who serves as creative director for the athletic brand, designed the shoe with input from menswear brand Mr. Completely, which had previously made her custom Adidas and Nike sneakers. Since the release of the Creeper, Rihanna and Puma have dropped a laceless trainer and faux fur slides.

Watch this video of a white South African forcing a black boy into a coffin… Real evil!