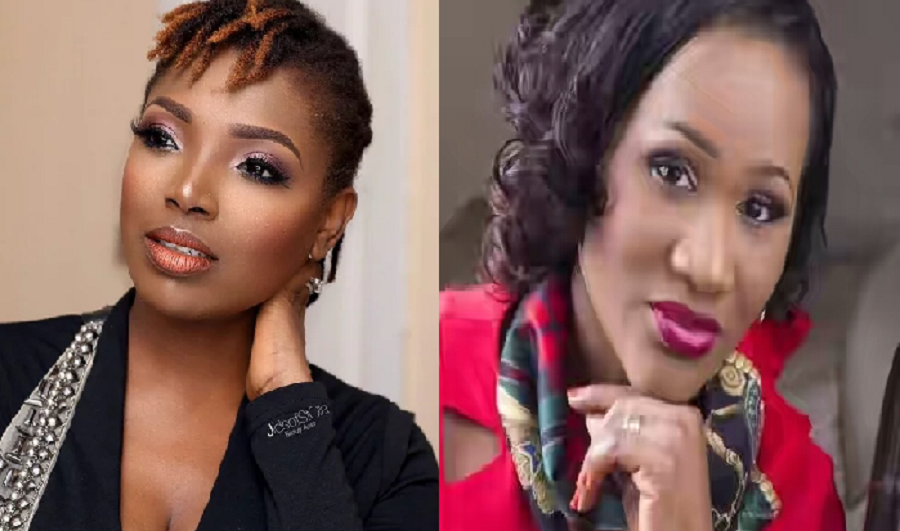 What 2Face’s baby mama did at Annie’s event – 2baba’s baby mama Sumbo Adeoye attends Annie’s empowerment programme – Adeoye was one of the speakers invited by Annie for the event which was to commemorate the actress’ birthday – 2baba and Adeoye have two sons between them but she has moved on to marry Pastor Adeoye.

Among the three baby mamas of 2baba Idibia, the relationship between Annie Idibia and Sumbo Adeoye is more cordial.

Adeoye has two kids for the pop star and before now her children are very close to their step mum Annie too. She was spotted at Annie Idibia’s Lagos event which was to empower women and the youth on November 15, 2016.

Annie put together Annie Care Foundation to commemorate her birthday.  This goes to show how deep and cordial what she shared with the actress is.

Sumbo got married to Pastor Tunde Adeoye on July 22, 2012. Her marriage to the pastor has helped her rediscover herself as motivational speaker thus her invitation by Annie as one of the guest speakers at her empowerment programme.

Can we say 2face as he is fondly called by many succeeded with Annie and Sumbo? We also hope to see Pero Adeniyi, another baby mama and Annie to come together like this soon.

Among the guests at the event were 2baba, Sound Sultan and wife, Omawumi and a host of others.