The 13 craziest features in mansions owned by celebrities – this will blow your mind! (With Pictures) 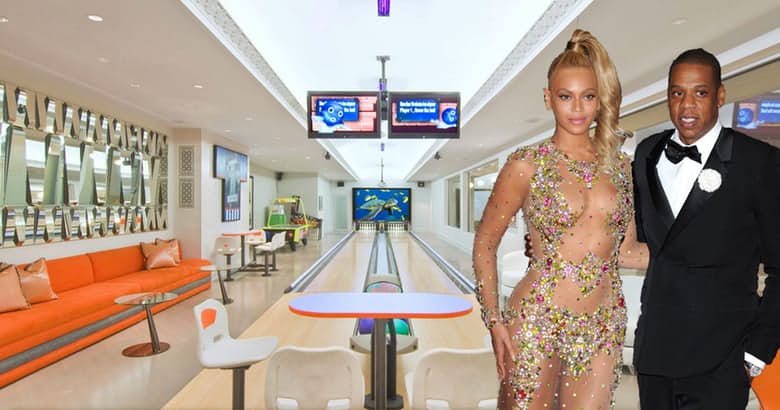 Craziest features in mansions owned by celebrities – It’s not only price tags and square footage that make celebrity houses special. These properties have the most outrageous features you could only see in public spaces like water parks or airports. While some stars own castles and islands, others make do with mansions and smaller estates.

Each celebrity has his or her own hobby, whim, or quirk to satisfy, so you’ll occasionally see not only mindless luxury features around but also useful things like recording studios and sports rooms. But, of course, some of the things in this list just don’t make any sense. Moat, wine cave, personal zoo?

Anything a human mind can conjure and money can buy can apparently become a part of some star’s property. Remember Michael Jackson’s Neverland Ranch with its amusement park and zoos or Playboy Mansion waterfalls and tennis courts? Well, there are few things that can outdo those, but we managed to scrape up a few.

50 Cent is trying to sell a mansion in Farmington, Connecticut for slightly under $6 million. Even before the rapper came across the 17-acre estate, it came with major bragging rights, belonging to Mike Tysonuntil 2003.

Since then, Connecticut real estate market didn’t change that much. The 50,000-square-foot mansion Cent bought for $4.1 million now costs around the same, although it was initially listed for a whopping $18.5 million.

What can $6 million buy you in Connecticut? Well, there’re at least $6 million worth of renovations, an approved helicopter landing, a home theater, a pool and a grotto, an indoor pool and hot tub, a nightclub, a recording studio, a basketball court and a full gym, guesthouses, and 25 bathrooms.

Besides all of that, there are several game rooms that, from the looks of it, appear as a full-fledged casino.