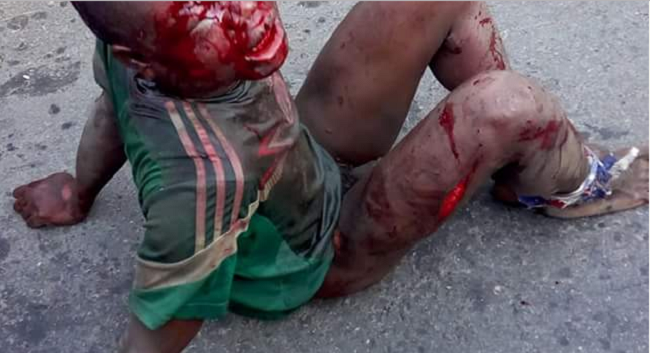 It’s also alleged that he wanted to kill the owner of the phone before he was apprehended, beaten and burnt to death. This happened at Alafia along Badagry-Expressway of Lagos last Saturday. Nothing warrants such barbaric act. Nothing! Watch the heartbreaking videos after the cut.

Nigerians & jungle justice… All because of Garri.. pic.twitter.com/WYAybHwiOO

Even if he stole Garri. Does he deserve this?? pic.twitter.com/wGBWA3jare