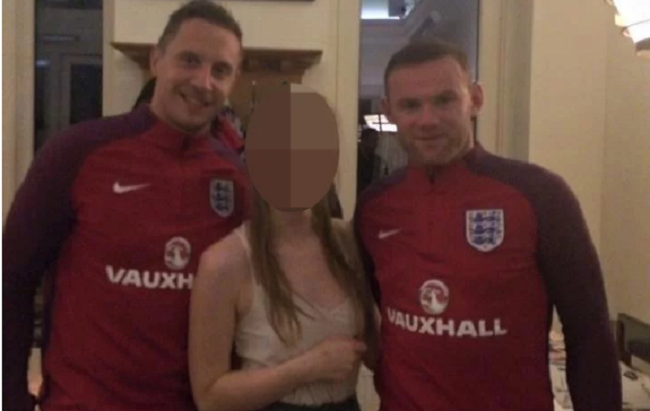 Wayne Rooney gets drunk and crashes a private wedding – Guests at a private wedding party saw Wayne Rooney drunk and red eyed  – The Man United captain was drinking beer after England’s win over Scotland  – The 31-year-old was seen in an England shirt with members of the FA – Rooney has been ruled out of England’s game with Spain because of injury.

Manchester United and England captain Wayne Rooney was seen by wedding guests at a fancy hotel boozing at the bar.

According to The Sun, guests who spoke told how he was “not a pretty sight” as he was red eyed and drinking heavily.

The 31-year-old was reportedly drinking a beer and wine the night after England’s win over Scotland and stayed on at the five-star complex after most of his team-mates had left.

Guests at a private wedding party on Saturday night at The Grove Hotel revealed the striker was friendly and took a couple of pictures with members of the English FA.

An eyewitness: “Wayne was in the bar with members of the FA, drinking beer and red wine. He seemed to want to be recognised, in his England shirt.

“He was so friendly at first we thought it might be a lookalike and we were being wound up. He looks older in person.

“His speech was slurred, his lips were red with wine and his eyes were red.

“At midnight he was asked if he would come and say hello to guests at a private wedding party. He posed for photos, chatted with the bride and had plenty more to drink.

“I can only conclude he was celebrating the win against Scotland. He was really s***-faced. He was not a pretty sight by the time he left around 1am.”

Rooney had earlier been drinking with other England stars including Man City’s Raheem Sterling, 21, and John Stones, 22, plus Everton’s Phil Jagielka, 34. The players were given time off after beating Scotland 3-0 before reporting back on Sunday.