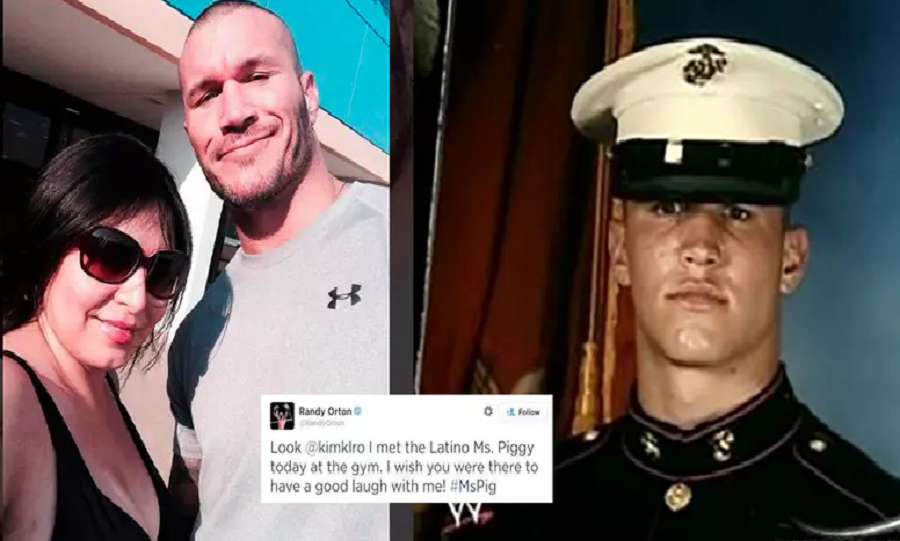 Randy Orton – One of the most controversial wrestlers to ever lace up a pair of boots is The Viper, Randy Orton. Considering the legacy and talents of his lineage from Bob “The Zodiac” Orton Sr. and “Cowboy” Bob Orton Jr., Randy Orton was always destined for greatness.

Upon making his television debut on WWE’s main roster in 2002, it wasn’t long before the young rookie started making big waves in the industry. Within a year of his debut, Orton found himself thrust in the spotlight alongside fellow rookie Batista and veterans Triple H and Ric Flair. Banded together, the four were the focal part of Monday Night Raw as members of the stable,

Evolution. By 2004, Randy Orton was enjoying an impressive 210-day reign as Intercontinental Champion and shortly after, he became the youngest World Heavyweight Champion in WWE history. Of course, that accolade does not come without a stain as Orton lost that title a month later, but that one setback did not stop Orton from shining throughout his now 15-year long career. In those 15 years, Orton has become a 12-time World Champion, he was the center of the internet “#RKOOuttaNowhere” Vine meme, and was one of the top, most popular stars in the company for most of his lucrative career. With that said, Orton’s career hasn’t come without controversy.

Orton grew popular by being one of the most villainous heels in the company’s history, but his actions outside of the ring carry enough of an ignominy to his reputation that it makes us believe that the real Randy Orton isn’t that different from the character he portrays.

The character is notorious in the WWE Universe for doing some pretty unruly and cruel things to his opponents, but the things he’s done and said to people outside of the ring are equally appalling. If we were to examine some of the most heinous things Orton has done both in front and behind the camera, we’ll have a good glimpse at a man who is fully deserving of his Viper moniker.

Before he was The Viper, Randy Orton was still a young upstart looking to make a name for himself through his Legend Killer gimmick. Throughout much of 2005, Orton looked to challenge the ultimate legend in The Undertaker. This intense feud would culminate at No Mercy 2005 in a Handicap Casket match where Orton would be paired with his father to take on The Deadman at his own game.

The Ortons used the numbers game to their advantage to overpower Taker and lock him in the casket to win the match. But the Ortons weren’t satisfied with a simple win. With Undertaker still inside, the Ortons had the bright idea to chop away at the casket with an axe, douse it with gasoline, and then set it on fire.

Randy Orton would spend the next couple months boasting that he had killed The Undertaker and declared himself the true Phenom of WWE. Undertaker would return later that year and then get his revenge against Orton inside Hell in a Cell, but that doesn’t change the fact that Orton’s character killed a man (albeit, a Deadman) on live television and bragged about it. Wrestling can be weird sometimes.