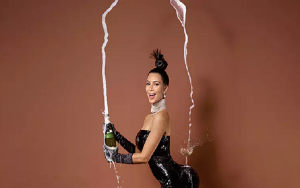 Celebrities who need to run for president – With the 2016 election results still making waves across the internet, it’s never a bad idea to discuss the people we as a people would love to see running for election in 2020. At this point, we’ve exhausted all expectations for the election and have allowed ourselves to open the door to some crazy happenings for the future.

With Donald Trump being the president-elect, we can now safely make lists of people that we’d like to see run that have no place in politics. Beyond all doubt, the man with no political experience won. That much is now true. Whether Hillary Clinton has the experience is no longer applicable.

When the year 2020 comes around, and we can happily watch as Donald Trump and Mike Pence make their way out of the White House, we have to consider who we want in their next. Do we want another candidate with no experience? Or do we want someone on the inside that can actually give us the change we want. I mean, we were close with Bernie Sanders, but we all know how that went.

Anyway, I would like to put forward a list of potential candidates that would have the balls to stir things up in politics. It’s about time we ditched every effort we have toward getting Donald Trump out of office, and it’s now time to put our best foot forward to make this country be the country we can be proud of. Because right now, this election has given us something to never be proud of.

Seriously, this one is so perfect that we almost expect to see Dwayne Johnson put his name on the ballot in 2020. He wouldn’t have the run of the mill motto either. If anything, his motto would simply be…”can you smell what the Rock is cookin’?” That alone would convince enough people to vote for him.

He would turn politics into the world’s biggest wrestling match and it’d be the greatest thing the world has ever seen. And when the Olympics come around, countries would fight to the death to take the crown for their country. It’d be a worldwide phenomenon and it’d all be because Dwayne Johnson was running our country.

If you don’t think this is a good idea, just think about when you tune into the news and the headline reads “President Dwayne “The Rock” Johnson body slams Russia into submission.” It pretty much writes itself. We need to make this happen.