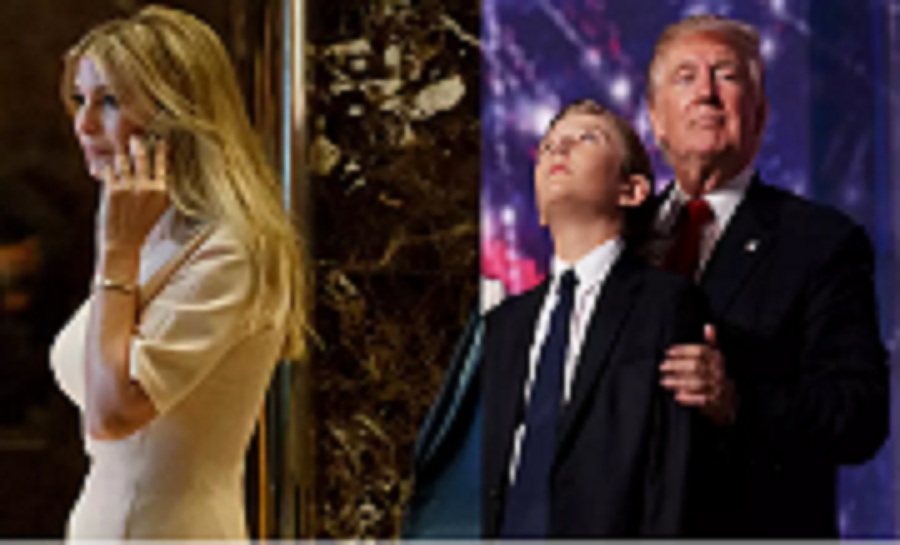 Secrets Donald Trump Doesn’t want you to know – President-Elect Trump has given the media and public plenty to talk about. From his multi million dollar business, his wife’s plagiarised speeches to his hair and some odd word choices, there is probably enough content to cover the Trump family for days. But while everyone is talking about the latest thing Trump has said,

let’s turn our attention away from him and to his kids – the clan he raves on about (well maybe with the exception of his daughter Tiffany).

For such a big household name, the kids’ reputations are pretty clean and untarnished. That said though, everyone has skeletons in their closet and when you’re the kid of Donald Trump, there’s no doubt you would have done some questionable things that Donald wouldn’t necessarily be proud of.

There are things you’d want the world to know when you’re president elect – like how your two kids are running your empire while you’re making America great again or how your daughter is changing the world, advocating for women’s rights whilst running businesses of her own.

Regardless, all parents are proud of their kids – it’s expected. But with the good will always come the bad, there are things that the Don may not be proud to shout from his very expensive rooftops and here we’ve rounded up 15 things Donald Trump will not want you to know about his kids.

We’ve got everything from extreme decadence to tax fraud. No matter how squeaky clean they may seem, we are not perfect and make mistakes.

13. They Are Very Spoilt

Remember when Trump was the boss on reality show The Apprentice? In the later seasons, he brought on his own children to be his advisors and bragged about how they made their own way in their careers and that he never handed anything to them on a silver platter.

His daughter Ivanka Trump has also made similar comments in previous interviews. Well, it seems parents do tend to get more relaxed with each child that comes. His youngest son Barron, who Melania refers to Little Don reportedly has his own floor in the Trump tower.

Sources say Barron won’t be moving to the White House anytime soon because he needs to finish school (where his annual tuition is $40,000) but if we had our own floor on Trump Tower, we wouldn’t want to move either. You think a floor on Trump Tower is extravagant? Read on.

13 dreadful psychic prophecies that are shockingly accurate (With Pictures)