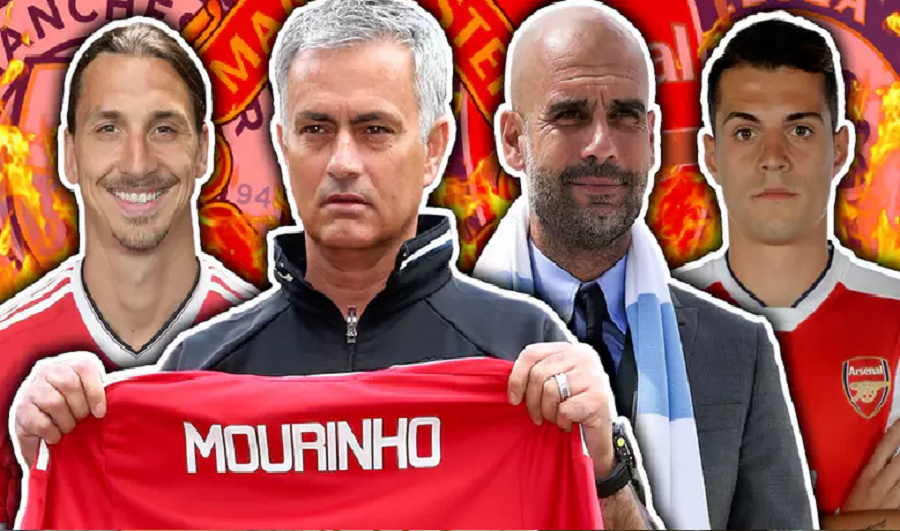 With some of the greats of the sport plying or having plied their trade in Premier League football, it really is no surprise to see that the audience of the league is constantly burgeoning as more fans, young and old, tune in to watch their footballing idols on and off the pitch.

From gravity defying strikes to kung fu kicks, from jaw dropping transfers to embarrassing fans, we are providing you with 13 reasons why the Premier League is the best league in the world.

With a grand total of 47 clubs having played in the Premier League, it’s a bit of a surprise that only six clubs have won the trophy. That doesn’t mean to say that there hasn’t been some incredibly close run ins – one of the most notable of which came when Sergio Aguero‘s 93rd minute winner for Manchester City against QPR ended his club’s 43-year wait for a league title whilst snatching it from under the noses of their noisy neighbours Manchester United.

However, the craziest season was probably when Leicester City won the title. Jumping from 14th to 1st in the league table over the course of a single year is phenomenal. Another famous season is a recent of Liverpool’ Steven Gerrard‘s famous “let’s not let this slip” quote quite literally coming back to haunt him. Even if you travel further back into more of the glory years, there’s plenty of madness and craziness when it comes to Premier League football.

The 12 most mind blowing discoveries in 2016 (With Pictures)

12 Dumbest Kardashian quotes that will make you cry laughing (+Pics)