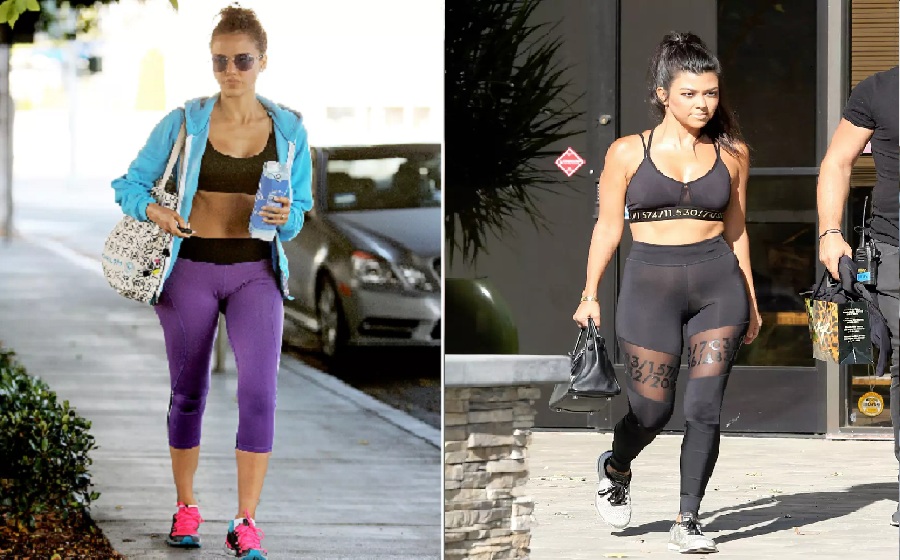 Hot photos of celebrities in workout clothes – Becoming a celebrity might not sound too hard to some people, but it actually requires a lot of up-keep and dedication. Despite having many talents, most female celebrities are praised for their curvaceous bodies and perfect features.

Being close to perfect is an unspoken requirement in Hollywood, and most celebs have learned that the better you look, the more likely you are to be cast in movies, videos and TV shows. Since becoming a celebrity goes hand in hand with losing your right to privacy, a lot of celebrities are working out on the double to save themselves the trouble of getting scrutinized by the media.

Working out to obtain the perfect body isn’t old news in Hollywood, which is why you can spot countless stars walking around in their gym gear after having completed an intense workout, at pretty much any hour of the day. Seeing a celeb in their gym gear can come as a little bit of a surprise, especially since most of us are convinced that they use plastic surgery to obtain their flawless physiques. However, many celebrities have refused to modify their bodies, dedicating their free time to the gym instead.

With so many beautiful women in showbiz it can become difficult to know which one is your favourite, but hopefully this list will shed some extra light on your options. Sure, there might be some celebs that only wear workout clothes to show off their curves, but most of them actually use them for physical activity.

Kaley Cuoco is an actress that most of us have grown up watching on TV. Although some might believe that she started acting on the set of 8 Simple Rules, this couldn’t be more wrong. Cuoco has actually been acting since she was 6 years old, appearing in movies such as Quicksand: No Escape, and TV series such as Ellen as well as countless commercials. Cuoco was basically born on set and has not stopped acting since she first set foot in the field.

Cuoco has recently gained more popularity by playing the role of Penny Hofstadter on the famous TV series The Big Bang Theory.

Her fun, bubbly personality is what got her considered for the role, but her amazing ability to play the classic dumb blonde is what locked it in. Cuoco works very hard to preserve her toned body, which is why it was a no-brainer to put her on this list.