13 things prisoners get to have when locked up – You won’t believe this! 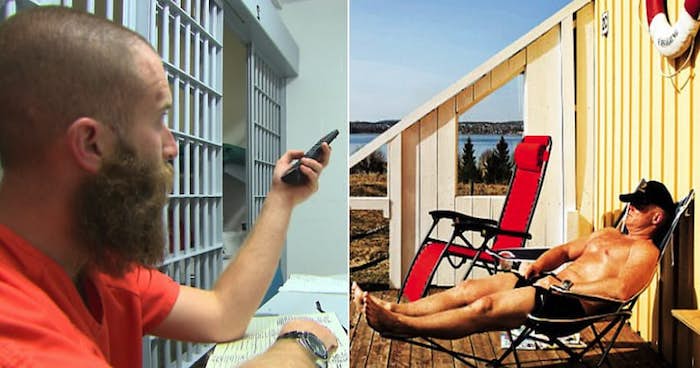 Things prisoners get to have:  Prison is often seen as one of the worst places for people to have to live. Inmates are usually deprived of not only their freedom and liberty but also a whole host of other luxuries or rights that people living in public take for granted. For most this is seen as a perfectly acceptable state of affairs. After all, those serving sentences in prison are doing so because they committed a crime and they therefore have to be punished accordingly.

Taking away many of the things they are accustomed to having in normal life is part of that process, and it also ensures the safety of other prisoners and staff from objects that could be used as weapons or to smuggle narcotics.

This idea isn’t fully subscribed to, though. In fact, there are many prisons around the world that don’t simply aim to punish individuals for the crimes they have done but rather try to rehabilitate them. Often this can involve giving inmates certain privileges and incentives for good behavior. While many people will be aware of some of the basic perks given to inmates, like a television or extra visits from families, it might surprise you to learn that there are some far odder and downright bizarre things that prisoners can get while locked up.

Music is one of the few things that every single culture and ethnic group on the planet enjoys. It is a truly universal concept that has spread across the world and has been part of our history since the very early stages of human evolution. It is no wonder then that the music industry is such a big business and how devices such as MP3 players and iPods are able to sell millions of units around the globe.

A program that was trialed in 2012 by the U.S. Bureau of Prisons gave inmates the chance to purchase an MP3 player from the prison commissary with any money they had earned from work or been sent by friends and family. They could then choose to have it pre-loaded with any song from a list of 1 million tracks. However, all tracks containing explicit language were banned.