Drama as man beats up police inspector and breaks his jaw in Lagos – You need to see this! 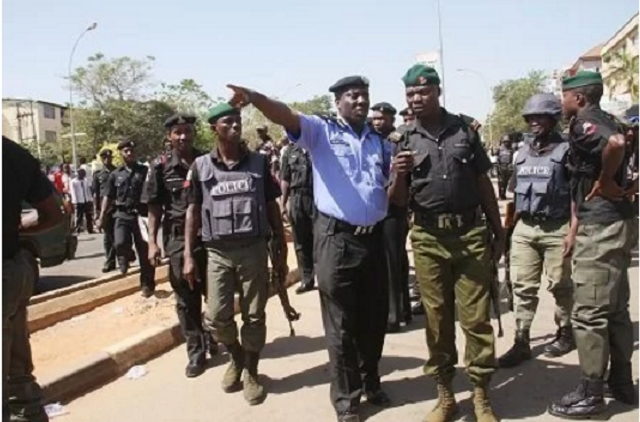 Drama as man beats up police inspector – A man identified as Chike John, has gotten himself from frying-pan into fire after beating up a police inspector in Lagos. PM Express reports that John displayed his boxing prowess at a police station in Shasha, Akowonjo area of the state by breaking a police Inspector’s upper jaw.

John was said to have been enraged after he was invited to the station over a complaint against him by his neighbour. This made him transfer his aggression on the police inspector in charge. The said inspector, Elakbe Ojo, was badly injured to the point that he could not speak nor eat after the incident.

Trouble started when John went to the station to know the officer that invited him to the station. When Ojo informed him that he was the Investigation Police Officer detailed to investigate an allegation against him, he became furious, grabbed Ojo and rained blows on his mouth. In the process John allegedly broke Ojo’s upper jaw.

He was however taken to a nearby hospital where a doctor helped in stitching his broken jaw. It was revealed that the incident happened at Afonka police division in Shasha where Ojo serves.

His action threw the station into confusion before other police officers mobilized and handcuffed him. He was charged to court on a one count charge of causing grievous bodily harm on Ojo who was performing his lawful duty.

When he was arraigned, he pleaded not guilty. The presiding Magistrate, Mr A. A. Fashola granted John bail in the sum of N100,000 with two sureties in like sum. The court ordered John to be remanded in prison custody pending when he will perfect his bail condition. The matter was adjourned till January 11, 2017.

6 World famous footballers you didn’t know are highly educated – this will shock you! (With Pictures)