LADIES: 7 Signs your man is secretly depressed and how you can help 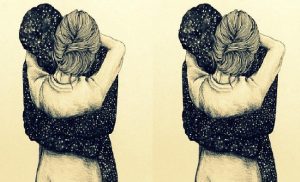 Signs your man is secretly depressed – Don’t let him suffer alone. Men don’t like admitting things. Sometimes this manifests in adorably clichéd ways — they won’t admit that they’re lost, they won’t ask for help at the hardware store … you know, the normal “stubborn man” sitcom stereotypes.

But, sometimes, male denial can have extremely serious consequences, especially when it comes to depression.

Depression can be a seriously painful disorder for both men and women, but men often have a much harder time admitting that they’re depressed.

Why? Because men don’t have the social structures that encourage them to openly discuss their feelings with other men.

So, the depression goes untreated and ends up manifesting in different ways.

But it’s still important that we recognize how to identify when men are experiencing depression, particularly because, according to the American Foundation for Suicide Prevention, men die by suicide almost FOUR TIMES more than women.

And depression is a major reason why.

If you suspect at a man in your life might be suffering in silence, here are seven signs of depression in men that show he may need some support and help.

1. They keep having unexplainable aches and pains.

Physical discomfort can one of the biggest signs of depression in men. It can manifest as headaches, stomach pains, back or joint soreness — it can take many different forms.

Many men are hesitant to admit that they’re sick or suffering, but men, as a whole, are WAY more uncomfortable admitting to emotional pain, so those physical symptoms can actually be great red flags for helping your man recognize that something isn’t right.